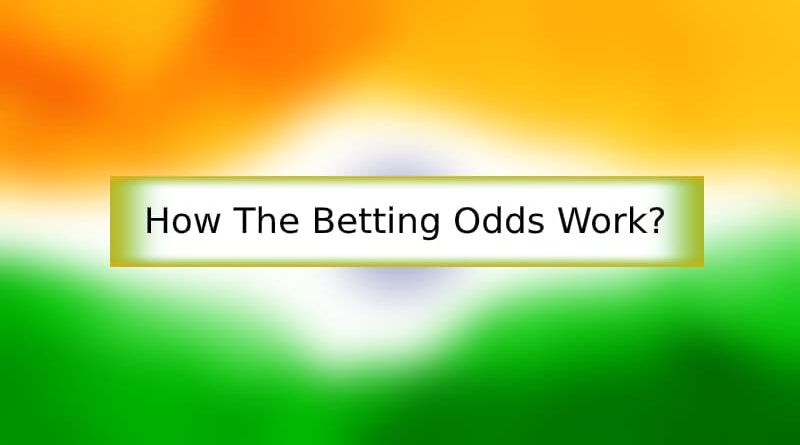 If you’re going to try your hand at sports betting and cricket betting, in particular, the most crucial thing of all to get your head around is to understand how odds work. A thorough understanding of what ‘odds’ are and why they’re important is arguably the most important step of all when it comes to taking on the challenge of becoming a successful sports bettor.

Here we’ll explain what betting odds are, how bookmakers arrive at them and what they actually mean when it comes to putting your money on different cricket betting markets.

We’ll use real-life examples to illustrate how betting odds are nothing more than a way of expressing the probability of something happening but in a way that allows you to instantly recognize not only know what they mean but also how much you can win ahead of placing a bet at those odds.

In India, bookmakers use decimal odds rather than the traditional fractional odds that were used by British bookmakers for hundreds of years when pricing up horse races, cricket matches and other sports events. British bookmakers have, however, since online betting was introduced, also shifted towards the use of decimal odds and we’ll discuss why that’s a move that makes sense and makes it easier for everyone to understand.

Of course, understanding what betting odds mean is only the first step.

There are generous odds out there and poor ones and the difference between the two amounts to what is considered betting value and what isn’t. So, we’ll discuss the betting value and show you how to compare odds offered by different bookmakers, as an important path to giving you the best possible chance of winning at sports betting.

What do Odds mean?

Sports betting is a case of using probability in a scenario where you the customer, take on a bookmaker, in an attempt to beat them. So let’s go back to basics.

At school, the easiest way of starting out a maths class about probability was to take the example of a coin toss. The coin is perfectly fair (it has two sides with no bias towards either) and the odds of it being heads or tails are both 50%. If you were betting on the outcome of the toss with your friend, rather than saying the odds were ‘50/50’ or ‘even money’, you could also say that they were 2.0 about each outcome, which is how 50/50 is expressed as decimal odds.

Now let’s take the example of a cricket match (an ODI in this case) between India and Australia played in Sydney. After considering all the factors, a bookmaker decides that each team has exactly the same chances of winning the game and makes them both a 50/50, or a 2.0 chance. As it happens, all bookmakers add a small margin to their odds (also known as prices) so it wouldn’t quite be 2.0 but more likely 1.95; we’ll come to what that means in a minute.

If the match was however played in India, where Virat Kohli’s side have such a strong record, the bookmaker wouldn’t offer odds of 1.95 on each team because he wouldn’t deem it a 50/50 affair. He’d make India strong favourites to win deciding that India had about a 70% chance of winning the match while Australia had a 30% chance. So India would be close to 1.44 while Australia would be about 3.33.

So that’s all betting odds are. They’re a way of expressing the implied probability of something happening based on how a bookmaker sees a sporting event unfolding. It doesn’t matter what the event is or what the betting market within the event is; odds always work in exactly the same way.

What is Decimal Odds?

The most important thing to understand about decimal odds is that even money (or a 50/50 chance) is as we’ve seen already, expressed as 2.0.

The next most important thing is to remember that anything shorter than 2.0 is what is called an odds-on chance. That means that it’s more likely to happen than not.

If something has less than a 50% chance of happening, then it’s an odds-against chance and it’s expressed in odds as bigger than 2.0. So if Australia were slight outsiders against India, they might be available at odds of 2.5.

If you’re used to thinking in fractional odds, it’s easy to convert to decimals, especially with outsiders. It’s basically just a case of adding 1. So a 2/1 chance is 3.0, a 5/1 chance is 6.0 and so on.

There are two chief reasons why decimal odds are easier to use than fractional odds, which in turn explains why they’ve become the most widely used type of odds online. It wouldn’t be at all surprising if fractional odds stopped being use altogether at some time in the future.

The first reason is that in cases where odds aren’t a nice, round number, they can become quite difficult to understand. And let’s face it: it’s not up to the bookmaker to adjust their odds in a certain way just so customers find it all easier to understand.

If someone says to you that Pakistan is a 10/1 chance to win the upcoming T20 World Cup, that’s simple enough. They have a one in ten chance of winning and if you put money on them to win, you’d be paid out ten times your stake.  But it’s less easy to get your head around Kohli being 11/8 to be Indian top batsman in a game or India being 4/9 to score 300 runs because in everyday life we don’t use fractions in that way. It’s simpler to understand that Kohli is 2.38 and that India is 1.44.

The second reason is that decimal odds are designed to help you know exactly how much you’ll win, already including your stake. So if you bet ₹1000 on the Mumbai Indians to win the IPL at 4.0, the maths is very simple regarding what the bookmaker will pay you out: it’s ₹1000 x 4.0.

With fractional odds, you need to do two lots of maths. Work out what the bookmaker will pay you out and then still add the stake that gets returned to you when a bet wins. So you know that if Mumbai wins at 3/1, you get paid three times your money. But you still have to remember to also the initial stake as an extra part of the payout. As we said, decimal odds are easier to use because the full amount is worked out all in one go.

Let’s look in greater detail at how odds work in a cricket match and what exactly they mean.

These were the cricket match odds ahead of India v South Africa in the 3rd Test played in mid-October 2019 on 10CRIC. As already stated, lots of sites will allow you to easily convert the odds into probability so this is what they’d be.

Clearly, India is deemed to have a very high chance of winning the game. Good for India but what does it mean for you? It means that if you bet ₹1000 on India, you’d almost certainly win because of the implied probability relating to those odds of 1.36. The problem is that you wouldn’t win that much. You’d win your ₹1000 stake back plus 0.36 of that, so ₹1360 in total.

The second most likely scenario according to 10CRIC is that the match ends a draw. Considerably less likely than the India win but if you put the same ₹1000 on the draw, you’d win a far bigger ₹4650.

If you wanted to be really brave, you could go for a South Africa win, the big outsider of the three. It’s just over an 11% chance but a ₹1000 bet on Faf du Plessis’ men would win you ₹8750 if the tourists pulled it off.

All cricket betting markets work the same way with each runner (team/player/number of runs) being assigned odds on them happening.

An important thing to remember is that pre-match cricket betting odds change a lot less than live odds. In the build, up to a match, the odds could change a bit based on such factors as team news, or the weather. But during a match, a wicket or a boundary could drastically change the odds, especially in a T20.

How to Compare the Bookmakers Odds

Let’s say that after doing all your research, you decide that you think Rohit Sharma has a great chance of being top tournament runscorer at the World T20 in 2020. In your mind, you decide that you’re going back to him for ₹1000 at odds of 6.0 or bigger. After all, it’s one of the golden rules of betting that you should only place bets at attractive odds, not just any old odds.

When you go onto 10CRIC you see that you can get bookmaker odds of 8.0 on Rohit so that passes the first part of your test of getting at least 6.0.

Now you want to try to get odds even bigger than 8.0. That way, if Rohit does win, you’ll be paid out at greater odds and therefore receive a bigger payout. The slow way of trying to get the best bookmaker odds on Rohit is to go to each Indian bookmaker, search for the market in question- top tournament batsman at T20 World Cup- and see how the odds of 8.0 at 10CRIC compare to each one you look up individually.

But there’s an alternative. There are some websites that do exactly what you’re looking for in the first place: they compare odds on a particular team or player across different bookmakers that operate in India. So if you find a better price than what 10CRIC offers, fine.  But unlikely, because 10CRIC is known for its generous odds.

Mind you, choosing the right bookmaker for you isn’t just about going with the one that has the highest odds, any more than the best restaurant isn’t necessarily the one that serves the biggest portions.

One important factor is the quality of their bonuses. Whether it’s the welcome offer you get when you make your first deposit or further bonuses on future deposits, competitions they run for their players or free bets, it’s good to go with a bookmaker that offers plenty of bonuses.

Another important consideration is how many payment methods the bookmaker offers and which ones. Getting your money in and out in a fast way that suits you, is extremely important.

As are other considerations like the bookmaker having good Customer Service, having a site that’s easy to use and offering a good variety of betting markets beyond just the most common ones.  Like having top bowler, top batsman, the man of the match, the number of sixes and so on. 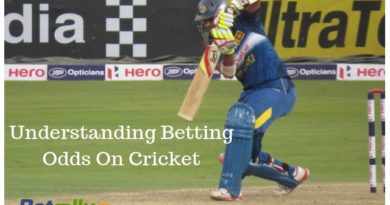 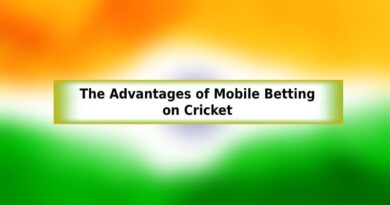 The Advantages of Mobile Betting on Cricket

November 5, 2019 Saurav Comments Off on The Advantages of Mobile Betting on Cricket