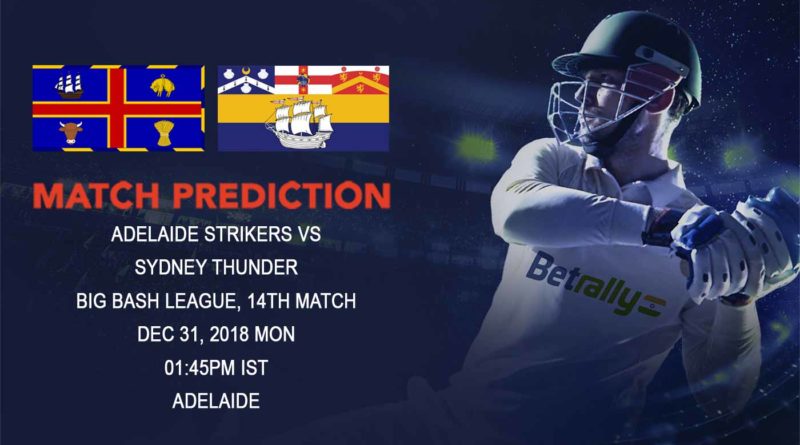 In the last 5 games of cricket between the two sides, Adelaide Strikers have defeated Sydney Thunder on three occasions. However, Thunder have been in better form than Strikers in this edition of Big Bash League. Both sides experienced loss of different kinds in their last cricket games. While Strikers lost the game against Perth by a big margin of 7 wickets, Thunder lost the game of cricket against Hobart by 7 wickets. However, both games were quite different in nature.

After beating Brisbane Heat in the first game of Big Bash League, Strikers were oozing with confidence, however, the might of Perth’s bowling on a bowling paradise proved to be a bit too much for Strikers. Strikers were bowled out for the score of 88 runs only. Perth won the game of cricket comfortably in 18 overs with 7 wickets remaining.

On the other hand, Sydney Thunder seemed to be riding high on confidence after signing Jos Butler and Joe Root. The former especially helped them win the game of cricket against the Sydney Sixers. Jos Butler once again put Thunder into a terrific position in the game of cricket against one of the unbeaten sides in the tournament, Hobart Hurricanes. With the knock of 89 off just 54 deliveries, Thunder reached the score of 193 runs but it was not going to be enough as Hobart comfortably chased the total down in 19.1 overs with 7 wickets remaining.

Adelaide Strikers, after a fair start, have begun to fall away a little. They have now lost two consecutive games of cricket. The last game of cricket against Perth would have especially hurt them. Our prediction is of some changes in their lineup.

Sydney Thunder, led by Shane Watson, have been in good form in this cricket league. Our prediction is they will continue with the same playing eleven that they played in the last game of cricket.

Rashid Khan has once again begun well in the Big Bash League. However, his performances this time have not helped Strikers to win as many games of cricket. With sides playing him with caution, he will have to find new ways to get the batsmen out. Our prediction is of a good performance from him in the next game of cricket.

Adelaide Oval has always have had a good pitch to bat on. The test match between India and Australia recently had a little bit of everything for everyone. The batsmen should feel comfortable over here and our prediction is of scores of more than 160 in this game of cricket. Anything over 160 should prove to be a match-winning score. Conditions are expected to be dry. 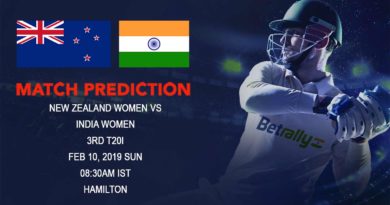 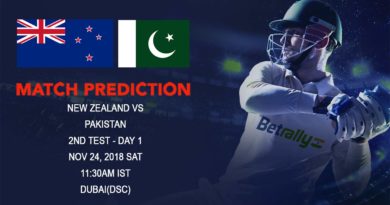 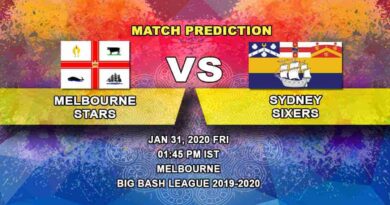