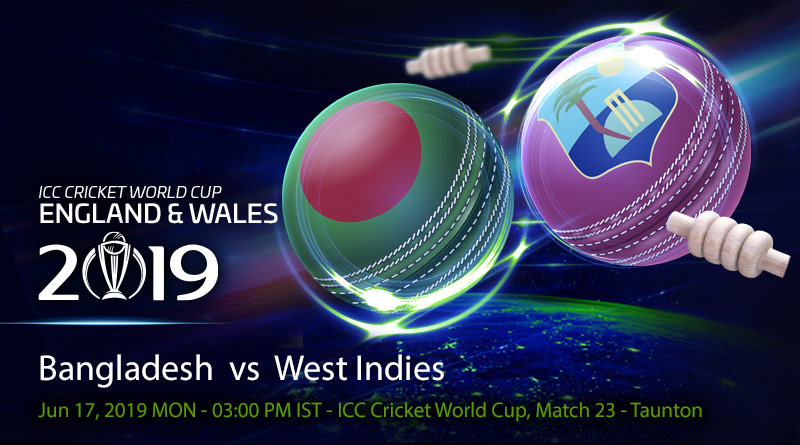 This cricket game will be played at Taunton, where Australia and Pakistan recently met in a high-scoring game. The ground is small and it will be a big challenge for Bangladesh to stop West Indies batsmen. On most days, West Indies players have only one method, which is to smash the ball out of the ground but at Taunton, they will have the license to go for it.

It is not as if Bangladeshi batsmen are going to lag behind as well. They have been pretty good in the tournament so far, with a score of 330 against South African attack and almost 300 against England, chasing the score of mammoth proportion. But their bowling has not been penetrative enough and that could cause them further trouble against a very attacking batting line up.

West Indies were very disappointing against England. After taking them on in the bilateral cricket series back home, it was expected that they will pose a great challenge to tournament favourites. But once Chris Gayle was dismissed, the fizz was out of the contest. While Shimron Hetmyer and Nicholas Pooran did try to resurrect the innings, it was a tough ask.

England cruised to their target even though they had injury troubles. Jason Roy and Eoin Morgan were both injured during West Indies innings but even then, England reached their target without breaking a sweat. West Indies will be concerned about their all-rounder Andre Russell, who is looking his shadow self with the bat in this tournament. He is batting like a slogger, looking unfit, and that does not spread confidence to the rest of the playing eleven.

Bangladesh will take on West Indies in their fifth cricket game of the World Cup. Currently, West Indies are on the sixth spot, whereas Bangladesh are on the seventh spot on the points table. Each team is supposed to play nine group games and the top four teams will qualify for the semi-final.

Bangladesh are being led by Mashrafe Mortaza in the World Cup. They are coming into this cricket game after two back-to-back losses. Our prediction is of the inclusion of Rubel Hossain in the playing eleven in place of one pacer.

West Indies are being led by inspirational Jason Holder. They are coming into this cricket game following a loss against England. Our prediction is of the same lineup that played against England unless Russell is declared unfit.

Shakib Al Hassan has been in an outstanding form in this cricket World Cup. His skills are once again going to be crucial if Bangladesh have to win the game of cricket against West Indies. Our prediction is of a good performance from him.

The last complete cricket game played here was between Australia and Pakistan. That was a good batting pitch and Australia posted 307 runs on the board while Pakistan fell short by 41 runs. Our prediction is of the score of around 300 for this game. Conditions are expected to be hot and dry.

Bangladesh will begin this cricket game as favourites. They have had a good record against West Indies in recent times. Hence, our prediction is of Bangladesh’s win in this game. 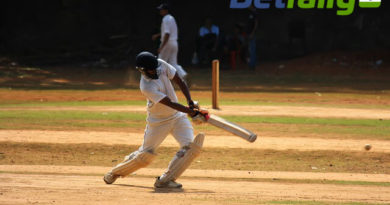 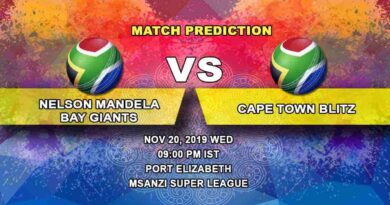 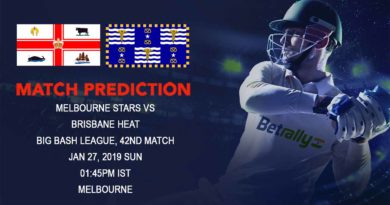