A break is never good for the teams especially in a tournament likes these where momentum is everything. More so if you have already lost a game or two and want to get some wins under your belt. This is where it will challenging for these two sides having lost their opening game each.

While Panthers lost their first game against the Bengaluru Blasters by a huge margin of 67 runs, Shivamogga too lost their opening game against Hubli Tigers by a margin of 25 runs. Head to head, in the last few games that these two sides have played, Belagavi Panthers have come out on top on 2 out of 3 games while one was washed out.

The onus will be on the captains of both the teams, Stuart Binny of Panthers and Aniruddha Joshi of Shivamogga to get their team back in the fray and stay focused. For Panthers especially who were hammered by Bengaluru Blasters and they will need to sort out their bowling as soon as possible. Stuart Binny himself was the pick of the bowlers in the first game for his side and more of the same would be expected of him. He will also have to lead by example with his bat where his experiences of playing under pressure situation for Team India and other franchises will come in handy.

He would also expect hero of last year’s final Stalin Hoover to come into the groove and get Panthers off to a fantastic start. However, more than their batting it was their bowling that came under the scrutiny in the first game. None of the bowlers could make any impression and absolutely everyone was hammered. If they have to go further in the tournament bowling will have to be better by leaps and bounds.

For Namma Shivamogga, on the other hand, it was their batting that was disappointing. While their bowling didn’t exactly set the stage on fire they still restricted Hubli Tigers to only a par score on a good pitch. Their batting however never looked threatening. None of their batsmen had a plan on how to go about the chase. Neither they could save their wickets, nor did they ever manage to take Shivamogga above the required run rate.

Aniruddha Joshi, their skipper will have to not only take control of their bowling by bowling an economical spell he will also have to bat well to provide confidence to others. He would expect likes of Liyan Khan to step up when they play the next game.

When Belagavi Panthers played their first game on 15th August against Bengaluru Blasters, they would have never thought that they will be playing only their third game almost two weeks into the tournament. Such has been the state of the rain especially in Hubli where due to severe rains the outfield was badly hit, that several games had to be abandoned. If not for the abandonment Panthers would have already played three games by now. For Shivamogga it would be their fourth game in the tournament. Now that action has shifted to Mysore we can expect some games of cricket to be played.

With the change in location, the plans will have to change as well. The teams would like to know what totals to chase rather than set them as they might not be sure what could be a good target. Hence, teams winning the toss would like to chase here.

The curators may not have got enough time to prepare the pitches and hence, chances are that they may turn out to be drier than expected. However, it is expected to rain here as well which can help to provide some moisture to the pitches. We should expect a game here but don’t be surprised if the match is curtailed one due to rain.

Belagavi Panthers will be our favourites for this game. They got the bigger hammering in the first game and hence they know they can’t afford to slip up further. They would like to play their A game here and target the weakness of Shivamogga with their weak point so far.

Who will Win? – Belagavi Panthers 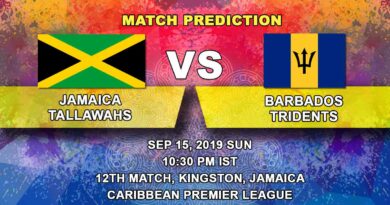 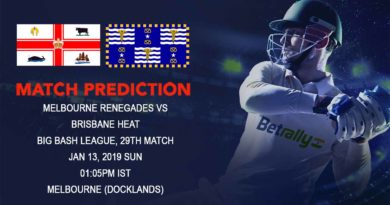 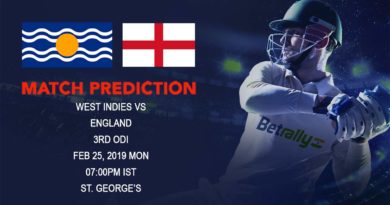