Brisbane Heat vs Adelaide Strikers will take place on Tuesday at Gabba, Brisbane. This will be the first cricket game between the two sides in this season. Currently on the points table, Brisbane Heat are placed at the fifth spot with four wins out of eight games, whereas Adelaide Strikers are placed at the third spot with four wins out of eight cricket games as well. Due to an extra point because of an abandoned game, Strikers are placed at a higher position on the points table. Our prediction expert reckons that Brisbane Heat will be tough to beat in Brisbane.

Like last year, Brisbane Heat are once again being led by Chris Lynn. They could not make the top four last year due to their poor showing in the initial part of the tournament. This year, they have been better and are showing signs of gaining momentum in the last few last cricket games.

Currently, after playing eight cricket games, they are placed at the fifth spot with four wins and all four wins have come in their last five games. After blowing the teams on batting first, they registered their first win this season while chasing in their second last game.

Adelaide Strikers are being led by Alex Carey until now, however, due to international commitments, he will not be available to lead the side for the next couple of weeks. In his absence, Travis Head is going to lead the side.

After beginning well, Strikers had lost their last three cricket games. They broke the losing spree in their last game against Melbourne Renegades under the leadership of Travis Head. On choosing to bat first, they posted a total of 173 runs and then defended the total easily by 63 runs.

Expert Prediction: BH vs AS

It is getting to the business end of the tournament. Teams are now looking to give themselves the best chance to qualify for the playoff spot. Amidst this, Brisbane Heat will be taking on Adelaide Strikers. After winning four back-to-back games, Heat lost their last cricket game against Perth Scorchers, whereas Strikers got the much-needed win against Melbourne Renegades.

This year, the tournament is being played over a period of 42 days and a total number of five teams will have the chance to qualify for the finals, instead of the usual four teams.

In the last five encounters between the two sides, Strikers have managed to win three cricket games, whereas Heat have emerged winner on two other occasions.

Our prediction is of a win for Brisbane Heat. They are a formidable side at home and will be tough to beat.

Our Official Partner Odds for Brisbane Heat vs Adelaide Strikers 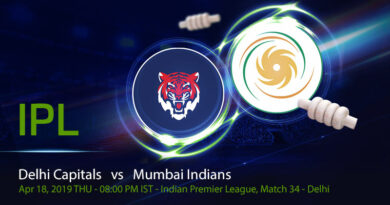 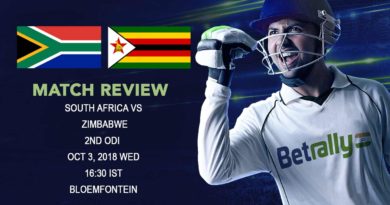