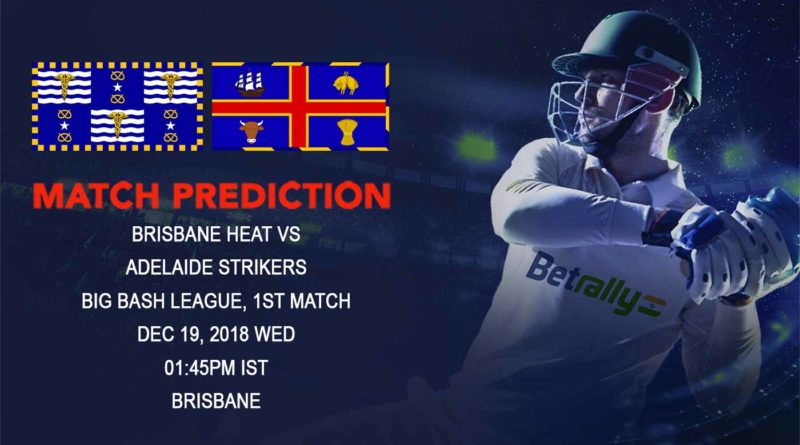 Brisbane Heat have named Chris Lynn as their captain for this season. They had a disappointing time last season as they finished at number 7 position. They would be hoping Lynn, along with the other core group of the side, can get Heat to winning ways. Lynn’s partnership with Brendon McCullum will once again hold the key. The ‘Bash Brothers,’ as they are commonly known, would like to enthrall the crowds once again.

Adelaide Strikers will not have the services of their skipper, Travis Head, in the first few games at least, as he is currently busy with national duty. Head is currently part of Australian cricket test team. In his absence, Colin Ingram from South Africa is expected to lead the side. Ingram will have a fine bowling attack at his disposal in the form of Peter Siddle, Billy Stanlake and Rashid Khan. The centurion of last year’s final, Jake Weatherald, will be expected to do wonders once again at the top of the order.

Adelaide Strikers will be looking to repeat the feat of Perth Scorchers, who remain the only side to win the cricket tournament twice. Brisbane Heat would like to get back to winning ways. Their first target will be to reach the semifinals.

Brisbane Heat and Adelaide Strikers will take on each other in the first cricket game of this edition of Big Bash League. Adelaide Strikers are the defending champions of the tournament and will look to get off to a good start against the former champions.

Brisbane Heat, under Chris Lynn’s captaincy will look to get off to a winning start against Adelaide Strikers in the first game of cricket. Our prediction is of inclusion of Afghanistan’s Mujeeb Ur Rahman in the line up. They are also likely to include youngster Max Bryant who is known to be a big hitter.

Adelaide Strikers will be led by Colin Ingram for at least in the initial part of the cricket tournament. He would like to give a good position on the points table to the permanent skipper, Travis Head, on his return. Our prediction is of the inclusion of Rashid Khan in the lineup.

Here is our prediction of Adelaide Strikers’s playing XI:

Rashid Khan debuted in the Big Bash League in last season. He impressed one and all with his adaptability and wicket-taking abilities in different conditions. Our prediction is of a good performance from him in the first cricket game.

Brisbane recently hosted the international T20 cricket game between Australia and India. It was a good wicket and had everything for the bowlers as well as the batsmen. Our prediction is of a similar cricket pitch. Conditions are expected to be dry.

Brisbane Heat will begin the cricket game as favourites. Although Adelaide Strikers are the defending champions, they will be without their permanent skipper, Travis Head, for the initial part of the cricket tournament and Colin Ingram will be under pressure to provide the winning start to the side. 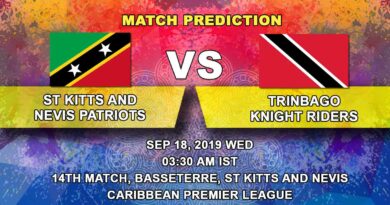 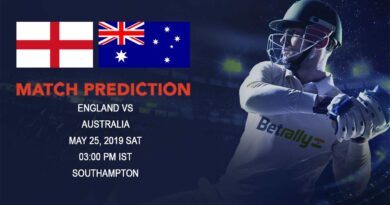 May 23, 2019 Saurav Comments Off on Cricket Prediction ICC World Cup Warm-up Matches 2019 – England vs Australia – Arch-rivals England and Australia prepare for the bigger battle ahead 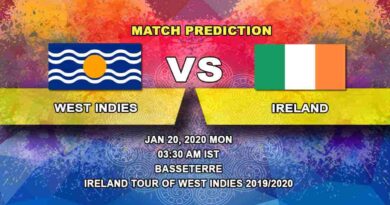