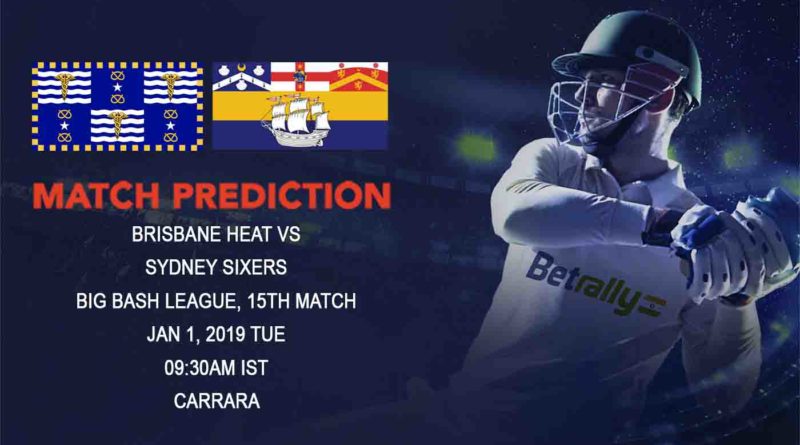 Brisbane Heat have not quite enjoyed the Christmas celebration and chances are, if they do not improve on their performance, their New Year celebration might get a hit as well. They will start their new year with an important game of cricket against Sydney Sixers. Sixers, meanwhile, seem to have recovered their form after their win against the Melbourne Renegades.

Brisbane Heat were in control for the most part of their bowling innings in their last cricket game against Hobart Hurricanes. They should have restricted Hobart for a total under 150 but the two sixes in the last over ensured that Hurricanes reached the total of around 160. In reply, Heat did not get a good start as Brendon McCullum failed once again.

Heat’s skipper, Chris Lynn, tried to curb his natural instinct and play throughout the innings but could not bat through. Then despite Ben Cutting’s valiant knock of 58 off 32 deliveries, Heat could not chase down the target and fell short by 15 runs. What would have hurt them more is the fact that they could not play out their full quota of 20 overs and got bowled out.

Sydney Sixers, led by Moises Henriques, would have been extremely pleased with their performance against Melbourne Renegades in their last game of cricket. Renegades had been unbeaten till that game of cricket and were favourites to win in their game against Sixers. Sixers, however, scored 132 runs, which was a par score on a tough pitch. In reply, they bowled splendidly well to restrict a strong batting lineup.

Melbourne Renegades had previously won one game of cricket on the basis of a splendid all-round performance by Dan Christian and Mohammad Nabi. However, on this occasion, none of the Renegades batsmen could settle down on a difficult pitch and could only score 99 runs in their quota. Sixers would have been delighted with their defence of a low score. Tom Curran once again stood out with his all-round performance and is emerging as the most valuable player in this BBL.

Brisbane Heat, under Chris Lynn’s captaincy, were off to a losing start in their first two games of cricket. Our prediction is of some changes in their playing eleven for this game of cricket.

Sydney Sixers are being led by Moises Henriques in this edition of the cricket tournament. They were led by Johan Botha last time around. They have come back with a win after losing two consecutive games of cricket. Our prediction is they will go with the same playing eleven as their last game of cricket.

Chris Lynn’s poor run of form has continued from Australian colours to even the Big Bash League. Being the skipper, he will have to somehow turn around the fortune of his side as well as his own batting form. Our prediction is of his return of form in the next game of cricket.

The only international cricket T20 game that has been played here was between Australia and South Africa. It was a rain-hit cricket game, where South Africa, on batting first, scored 108 runs in their 10 overs and Australia could only muster 87 in their chase. Our prediction is of scores over 180 in this game of cricket. Conditions are expected to be dry. 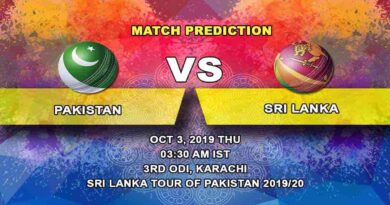 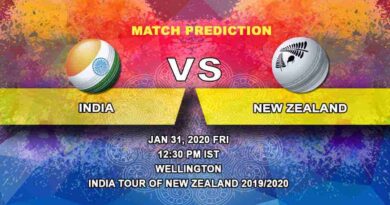 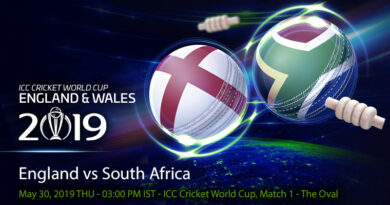