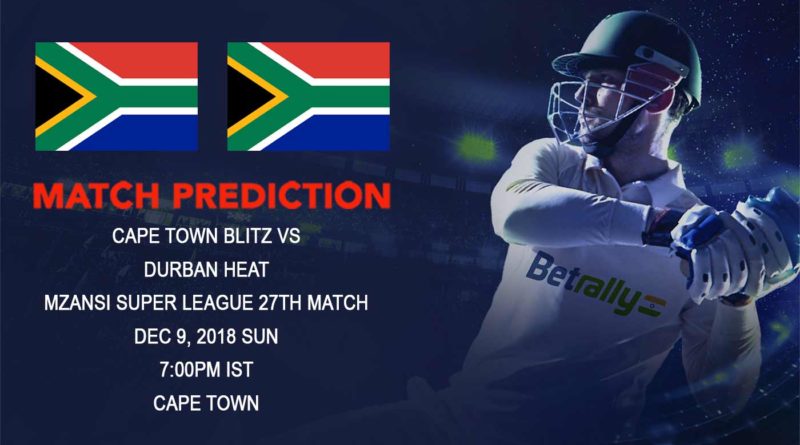 Durban Heat still do not know what happened in their last cricket game against Jozi Stars. Sure, they did put up a low score of 128 runs while batting first but in defence of that score, they had Stars at 116 for 9 after 19.2 overs and looked set for their second victory. But Marchant de Lange lost the plot in his last two deliveries and Heat ended up losing the game of cricket inexplicably by 1 wicket.

Cape Town Blitz, on the other hand, went the other way in their last game against Paarl Rocks. They began slowly as Faf du Plessis, the skipper of Rocks, continued his great form and scored a half-century. It looked like Rocks will score around 170 but Blitz continued to chip at the wickets and restricted Paarl Rocks to a total of 144. Then Quinton de Kock played a fantastic knock of 93 runs and took Blitz home.

That is what a habit of winning does to you. When you are winning, you find ways to come out of difficult situations but if you are losing too much, then you find ways to struggle from nowhere. The latter is what is happening with Heat and they do not know how to change it. Franchise cricket is a tough place to be if you find yourselves in a losing streak. It is not easy to break the streak due to back to back games of cricket. But somehow Durban Heat will have to find inspiration from somewhere and change the tide. It is not just about this season anymore, it is about retaining the fan base for next season.

For Cape Town Blitz, it will be about maintaining the winning run and finish on top of the points table. They may want to try new players in the final group game of cricket to plug the remaining holes in the lineup. They would want somebody apart from Quinton de Kock and JN Malan to score runs for them. Asif Ali began the league with a bang but has faded since then. They would want him to get back to run scoring.

Cape Town Blitz and Durban Heat will tussle with each other in a game which is likely to have less bearings on the points table of Mzansi Premier League. These two sides could not have been more separated at the points table. While Blitz are at the top position with 6 wins out of the 9 cricket games played, Heat are right at the bottom with just 1 win out of 8 games.

Cape Town Blitz won their last game of cricket handsomely. Our prediction is they will go with the same eleven as their last cricket game unless there is an injury or niggle.

Durban Heat are struggling and might look to do any sort of change that enables them to achieve a victory. Our prediction is of some changes in the next game of cricket.

David Miller has not quite set the league on fire. If Durban Heat have to register a victory here, it will have to be him to score big. Our prediction is of a big hitting knock from him.

Cape Town Blitz will begin the game of cricket as favourites. Durban Heat look out of sorts and do not look like getting a win anytime soon. Hence, our prediction is of a comfortable win for Blitz. 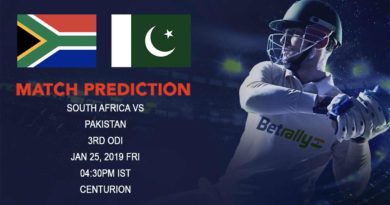 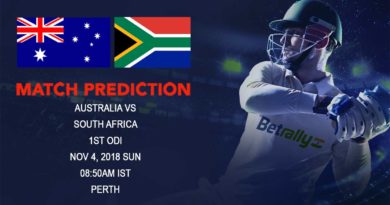 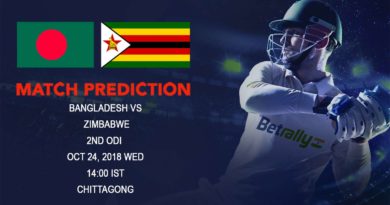