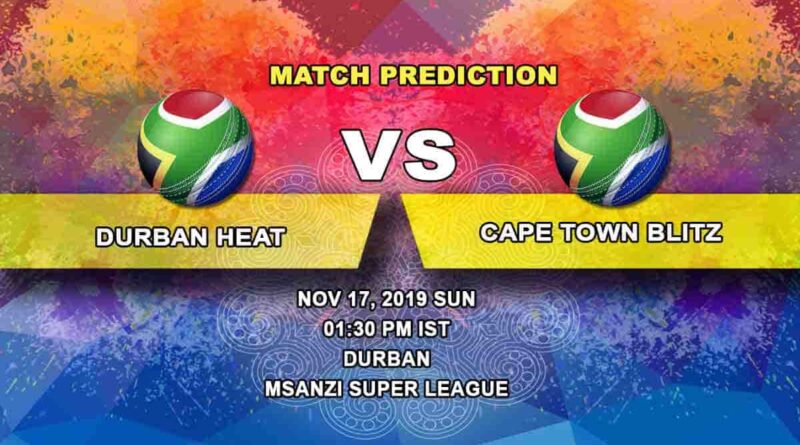 Durban Heat vs Cape Town Blitz cricket game will be the third game for Durban Heat, whereas the fourth game for Cape Town Blitz in this season of Mzansi Super League. They will be facing each other for the first time this season. So far, Cape Town have managed to win two out of three games. Durban is yet to play one game as their first game was abandoned due to rain. Looking at the points table currently, Durban Heat are on the fifth spot, whereas Cape Town Blitz are on the number one spot. However, it is still very early days in the competition and many scenarios may emerge in the coming days. Our prediction expert reckons since Cape Town have already played three games so they will be better equipped to handle this challenge.

Durban Heat have named Andile Phehlukwayo as the skipper for this season. Last year, they were led by allrounder Albie Morkel, who is no longer available.

Durban Heat’s first aim would be to get off to a good start as Heat finished last year at the last spot. They have a good side once again at their disposal and now the onus lies on the performances of their players. Their first cricket game this season was abandoned due to the rain without even a ball being bowled.

Durban Heat have picked up quite a few allrounders in their squad. Andile Phehlukwayo, Shaun von Berg and Ravi Bopara are a few of the names. In the bowling department, Kyle Abbot will be leading the attack. Abbot had taken the Kolpak deal and became unavailable for the selection for South Africa a few years ago, but he has been allowed to play this tournament. Hence, our prediction is of his inclusion straightaway along with Kesav Maharaj.

Cape Town Blitz have chosen Quinton de Kock as their skipper for this season. They got off to a great start in this tournament by winning two out of three games.

Cape Town Blitz’s bowling had been on the poor side in the first two games in this tournament. They had gone for 198 and 170 runs against Jozi Stars and Paarl Rocks respectively. However, the bowlers came back strongly in the third game, where they bowled out Jozi Stars for 126 runs and won the game by 57 runs.

Their batting has so far been led by Quinton de Kock, Reeza Hendricks and Liam Livingstone in this tournament. Our prediction is of the same playing eleven that played the last cricket game.

Durban Heat and Cape Town Blitz will take on each other in the third and fourth game of cricket in the second season of Mzansi Super League. Currently on the points table, Cape Town Blitz are on the first spot with two wins out of three cricket games. They currently have nine points on the board. Durban Heat, on the other hand, had an abandoned first game due to rain.

Quinton de Kock has led from the front for Cape Town Blitz and has been supported brilliantly by Reeza Hendricks and Liam Livingstone with the bat. With the ball, Dale Steyn and Anrich Nortje have been very good at the start of the innings.

Durban Heat would be looking to win this encounter to get some winning points on board. Our prediction, however, is of Cape Town Blitz’s victory as they seem like a well-oiled machine right now. 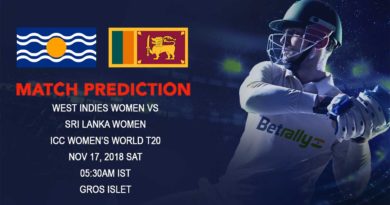 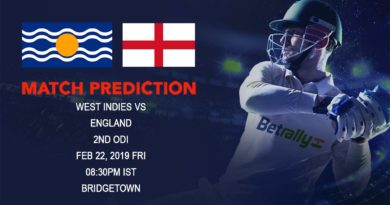