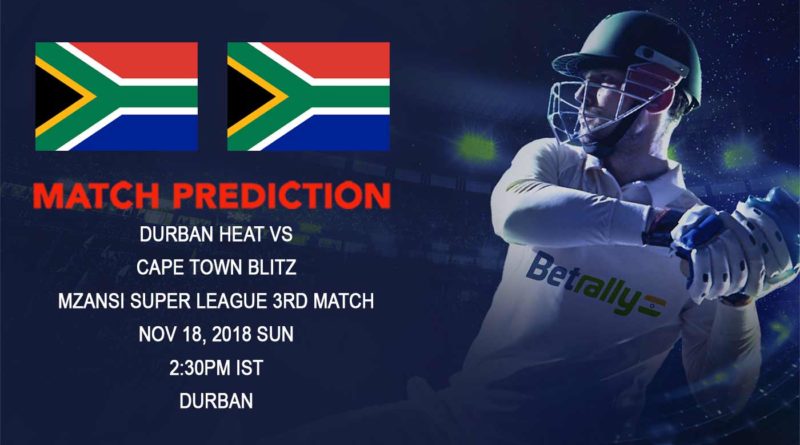 The Mzansi Super League (MSL) kicked off at Johannesburg, South Africa on 16th November, and brought some respite for the nation, which had struggled to get the cricket event going for a year or so. The first cricket match featured Cape Town Blitz taking on the home team Jozi Stars. By the end of the match, the world became aware of the youngest hamlet of T20 cricket.

In the absence of Farhaan Behardien, Dawid Malan donned the captain’s cap in the first cricket match for Cape Town Blitz. He failed to inspire the team with his batting and was the first wicket down. Jason Smith and J Malan stitched an important partnership and built a good platform for others to take advantage of. Pakistan’s Mohammad Nawaz displayed his outstanding batting skills and scored a brilliant 59 from 37 balls laced with seven fours and two sixes. Kyle Verreynne was equally destructive and notched 53 from 34 balls.

Blitz bowling lineup rose to the occasion and kept the Tshwane Spartans batsmen in check. AB De Villiers was always going to be the biggest threat around with his explosive cricket but Ferisco Adams dismissed him to save the game. All six bowlers used by Cape Town grabbed at least one wicket in a spectacular showing. They eventually finished with a 49-run win.

The home cricket team Durban Heat will be playing their first game of the tournament. They will be captained by former South African all-rounder Albie Morkel. Their first pick in the draft was the Afghan sensation, Rashid Khan. The champion legspinner has taken the cricket world for a ride and has ruled at the cricket pitches all over the world. His availability will be a concern, still, the leggie is a massive boost when in Durban’s cricket jersey.

Durban Heat possess a squad that has enormous experience of cricket. They have Hashim Amla, David Miller, Morne Van Wyk and Heinrich Klaasen in the batting department. Amla has recovered from the CPL injury and will be available. Miller and Klaasen shall join after their arrival in South Africa.

The bowling side of Durban Heat is also full of years of cricket. They have the local bowler Kyle Abbott on Kolpak. He will be accompanied by Marchant De Lange. Keshav Maharaj and Zimbabwean leg-spinner Brandon Mavuta will be the spin resources.

This is the third cricket match of the MSL and first of the doubleheader. The cricket match will be played at the home ground of Durban Heat which is Kingsmead, Durban. Cape Town have already started the competition on the winning note and has a win in their account. Heats will be making their debut. South African national cricket stars will be missing due to national duty.

There are doubts over Rashid Khan’s participation as he is yet to arrive in South Africa. Hashim Amla has recovered from his injury and is fully fit to play in the cricket match. David Miller and Heinrich Klaasen shall not be available.

The Blitz have not received any reinforcements and will be entering this cricket match with the same squad available.

Dawid Malan, the Cape Town cricket team captain missed out in the first match on a big score. The English batsman will look to make amends in the second chance, while the other South African cricketers are away. Albie Morkel also scored a plenty of runs in the warm-up game.

Being a good cricket pitch, it is a batting-friendly track. There shall be little assistance for the seamers and spinners but scores in excess of 160 are expected.

Cape Town Blitz had a victorious opening to their campaign and, thanks to their dominating performance, will start as the favourites for this cricket match despite them being the away team. Durban Heat will be an unknown quantity here. Cape Town Blitz should emerge as the winner as per our prediction. 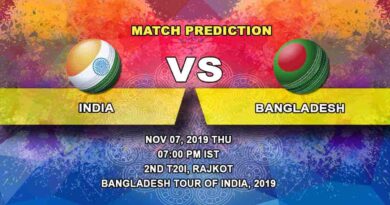 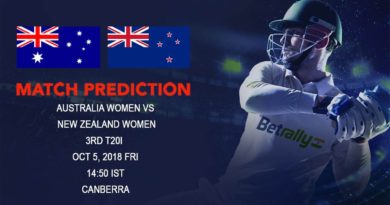 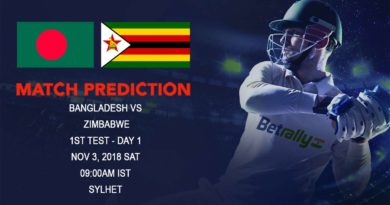