A miraculous escape in the second cricket ODI has given India a very strong 2-0 lead over Australia. Australia were right in the game till the last over of the second ODI, but Vijay Shankar turned out to be an unlikely hero for India and handed a heartbreaking loss for Australia. It is going to be a do or die game of cricket for Australia in Ranchi and if they want to stay alive in the cricket series, they have no option but to win.

For Australia, coming into the ODI cricket series the batting performance of Glenn Maxwell would have been the biggest positive. But his underperformance so far in this cricket series has put additional pressure on other batsmen. On addition to that the poor form of skipper Aaron Finch has led to the low scores of Australia in both the cricket games.

For India, while their top order hasn’t performed as per its reputation their middle order has come to the party. Skipper Virat Kohli notched up his 40th hundred in ODI career in the last cricket game and likes of MS Dhoni, Kedar Jadhav were among runs in the first cricket ODI. But the story for India has been their bowlers who have restricted Australia in both the cricket games so far.

Jasprit Bumrah and Kuldeep Yadav have done their reputation no harm, on addition to that the good form of Mohammad Shami has continued. Kedar Jadhav too has provided some important overs to India and that has played an important role in containing Australia’s big hitters. Vijay Shankar too played more than his part in the second cricket ODI by defending 11 runs against a well-set Marcus Stoinis.

If Australia have to win a game of cricket in this series, they would need one of their top three to get a hundred. So far, they have scored runs but not freely and have been immediately bogged down by India spinners. If they don’t play spinners better the story might just repeat itself.

After winning the T20 cricket series, Australia’s confidence was high but that would have taken hit after two back-to-back losses in this ODI cricket series. Our prediction is of the inclusion of Jhye Richardson in place of Nathan Coulter-Nile for this cricket game.

The last international cricket ODI cricket was played here between India and New Zealand back in 2016. India lost that cricket game while chasing 260 runs set by New Zealand. Our prediction is of a score of around 275 this time around. Conditions are expected to be dry.

India will begin this game of cricket as favourites as well. If they win this ODI, they will win this cricket series. Our prediction is of an Indian victory in the second ODI cricket game. 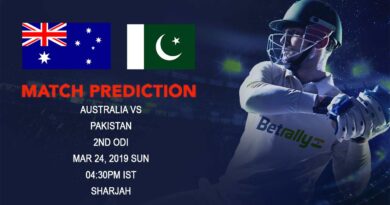 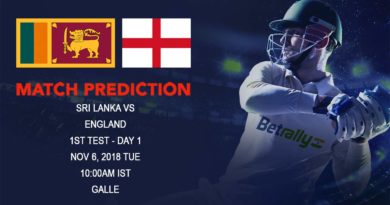 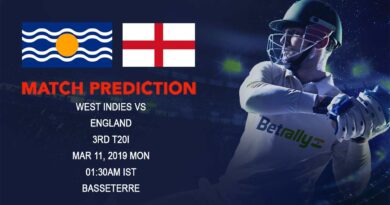