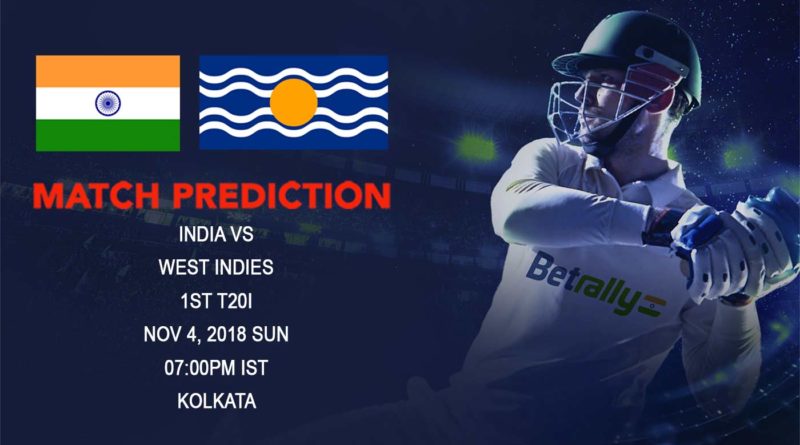 New look India will take on West Indies in a format, which they relish and where they are arguably the strongest. It should be an interesting series as after a long time, India have looked to experiment with their squad in a T20 series. They have brought in many youngsters, who will get their opportunities in this series. Most notable exception in the Indian squad is MS Dhoni, who perhaps has already played his last T20 international cricket game.

West Indies, too, have their own share of changes as their skipper, Jason Holder, is not part of the squad and they will be led by Craig Brathwaite for this series. Some of their power hitters like Keiron Pollard, Andre Russell and Evin Lewis will be back for this series and be part of the team. This should add to the excitement of the series that is being played in the season of festivals in India specifically Diwali, which is synonymous with firecrackers. Lots of fireworks will be expected from the batsmen of both teams.

India have brought in their star IPL performers like Krunal Pandya, who will be playing his first game for India if given the chance, and Shahbaz Nadeem, who has been playing domestic cricket for a long time. Rishabh Pant will also get his chance to play as a wicketkeeper-batsman in absence of MS Dhoni. It will be a great opportunity for him to stake a claim as India’s wicketkeeper in all formats.

India will be led by Rohit Sharma in this series as Virat Kohli has been rested for the three games. It will be a challenge for Rohit to lead various youngsters against a side that has a special liking for this format. Our prediction is of a debut for Krunal Pandya in this game of cricket.

West Indies were hammered in the Test series and, despite a better showing in the first three ODI games, they were eventually comprehensively beaten in the ODI cricket series as well. However, they are currently the world champions in T20 format and they are expected to play their best cricket in this series. Our prediction is the return of Evin Lewis, Andre Russell and Keiron Pollard in the playing eleven.

Evin Lewis missed out on the ODI series between the two sides due to injury. He has a terrific record against India in T20 cricket format with two centuries. He is expected to play a key role in the series hence, our prediction is of a successful first game and series for him.

International T20 cricket returns to Eden Gardens as the last T20 international cricket played here was between England and West Indies in the World Cup final. The pitch in Kolkata has become much better for fast bowlers with some good bounce and carry. The batsmen, too, will feel at home with shorter boundaries straight down the ground.

West Indies will begin the T20 cricket series as favourites. They are a strong team in this format and with many stars returning, their team will be in good hands. India have a new look about them and will not be too sure about their combination. Hence, our prediction is emphatic West Indies victory in the first T20 cricket game. 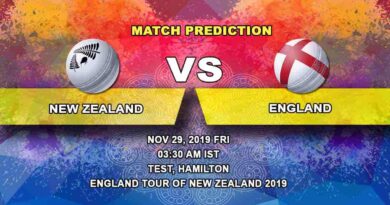 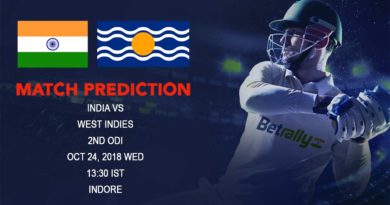