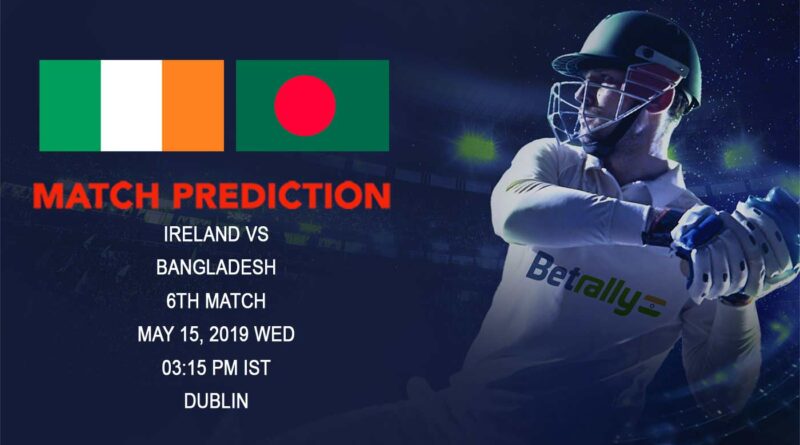 With some great batting conditions around Ireland, all three teams have been in good batting form. Scores in excess of 300 have been regularly breached and have been chased down with ease so far in the tournament. It also tells us about the bowling ability of these sides. So far, only Bangladesh have looked like picking up wickets, whereas West Indies and Ireland have struggled with their bowling.

Bangladesh have a lot of experience in their rank now with players like Tamim Iqbal, Mashrafe Mortaza and Shakib Al Hasan all having played more than a decade of cricket. Bangladesh brushed aside West Indies quite easily in the cricket game earlier in the tournament despite the hundred from Shai Hope. They kept on picking up wickets and proved once again that in order to win games of cricket, one needs to have bowlers who can pick wickets.

Ireland also had a good outing against England recently, where they pushed their opponent and even looked like springing a surprise. However, the depth of England was a bit too much for Ireland and they were defeated in the end. Even in the cricket game against West Indies, they posted a big score of 327 runs after batting first.

However, their lacklustre bowling could not restrict West Indies and, in the end, they were defeated easily by five wickets with three overs remaining. To keep growing at the international level, Ireland will have to find some good bowlers as they still have some good batting talent in the country. They now have the tag of a test team and to justify the tag, they will have to unearth a few bowlers who can trouble good batting sides.

Ireland will take on Bangladesh in the final group game of the tri-nation tournament. Ireland have so far played three cricket games and lost two games, whereas Bangladesh have played two cricket games of which they have won one while one cricket game was abandoned.

Ireland will be led by the experienced William Porterfield. They drew the ODI cricket series against Afghanistan in Dehra Dun but have had a disappointing time in home conditions. Our prediction is of the same playing eleven that played the last cricket game against West Indies.

Bangladesh will be led by Mashrafe Mortaza in this cricket series and in the World Cup. They had a disappointing tour of New Zealand in the month of February, where they were whitewashed by New Zealand in the ODI series. They have won their only cricket game so far in this series. Our prediction is of the same playing eleven that played the last cricket game.

Tamim Iqbal has been the best batsman of Bangladesh for a while now. He will be an important factor for Bangladesh’s success in the World Cup. Our prediction is of a good knock from him in this cricket game.

The last international ODI cricket game was played here between Bangladesh and West Indies recently. Bangladesh easily won the game of cricket by eight wickets after having to chase 261 runs. Our prediction is of the score of around 300 runs for this cricket game. Conditions are expected to be cold and windy.

Bangladesh will begin the game of cricket as favourites. They have a lot more experience and depth in the lineup compared to current West Indies squad. Hence, our prediction is of Bangladesh’s win in this ODI cricket game. 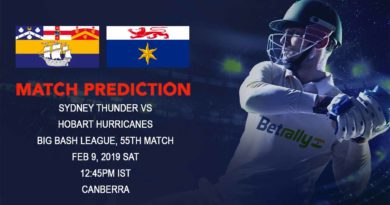 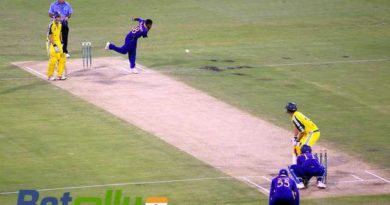 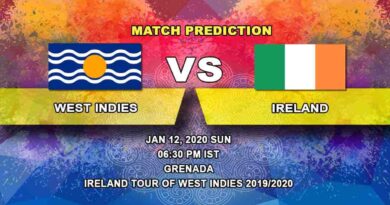