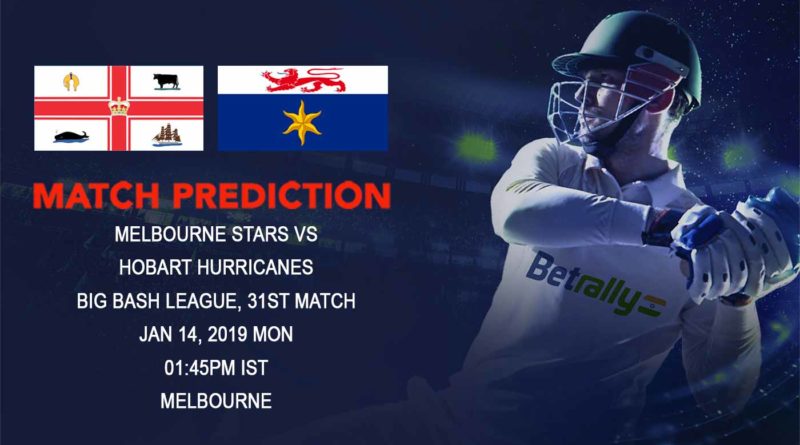 Big Bash League of 2018/19 has been one of the fiercely fought tournaments in the league’s history. It is at the halfway mark and yet all the teams are still pretty much in contention to win the tournament. While Hobart Hurricanes are indeed the number one team in the tournament, the others are still fighting among themselves to finish at number 2, 3 and 4.

The teams are so closely stacked that the number two spot is changing with almost every cricket game. While currently, it is Adelaide Strikers at number two position, it can change in as early as the next cricket game if Melbourne Stars can win the game of cricket against the Hobart Hurricanes. It will not be easy though as Hobart have been very impressive so far in the tournament.

In the last cricket game, Hobart just could not put many runs on the board. They lost their inform skipper, Matthew Wade, and other two batsmen quickly and, post that, could never quite recover despite the best efforts from experienced George Baily and Alex Doolan. Their bowling too could not come to the party as Jofra Archer and James Faulkner returned wicketless. They will be looking to address these issues in the next cricket game.

Melbourne Stars have lost two cricket games in a row now and they will be anxious to get back to winning ways. Their batsmen have failed to perform in the last couple of games, which is understandable considering they had to bear the brunt of the absence of the likes of Glen Maxwell, Marcus Stoinis and Adam Zampa, who were all regulars in their lineup.

Melbourne Stars and Hobart Hurricanes will clash with each other in their eighth and seventh cricket game respectively. While Hobart Hurricanes are comfortably sitting at the top of the points table, Stars are at number 5 position. However, they know that if they can win this cricket game, they will be right back among the top four teams of the tournament.

Hobart Hurricanes, led by Matthew Wade, have been in good form in this league. They had been unbeaten until their last cricket game. Our prediction is they will continue with the same playing eleven as they played in their last game of cricket.

D’Arcy Short would have liked to be part of Australian ODI team selection. He would now like to make amends for it in the remaining cricket games of BBL. Our prediction is of a good knock from him in the next cricket game.

The last international cricket game was played between India and Australia recently on this ground. The pitch is expected to be better and we can expect a score of around 160 in this cricket game. Our prediction is of a close contest. Conditions are expected to be dry.

Hobart Hurricanes will undoubtedly begin the game of cricket as the favourites. They are coming into this cricket game after a loss but before that, they had five back-to-back wins. Hence, our prediction is of a Hurricanes’ win. 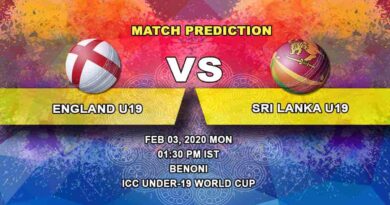 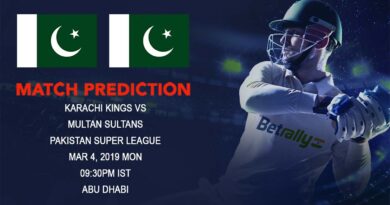 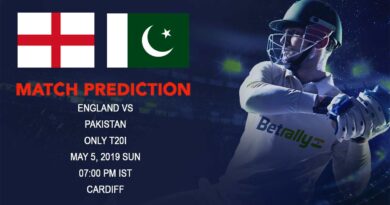 May 3, 2019 Saurav Comments Off on Cricket Prediction Pakistan tour of England 2019 – England vs Pakistan – England take on Pakistan in the T20 game