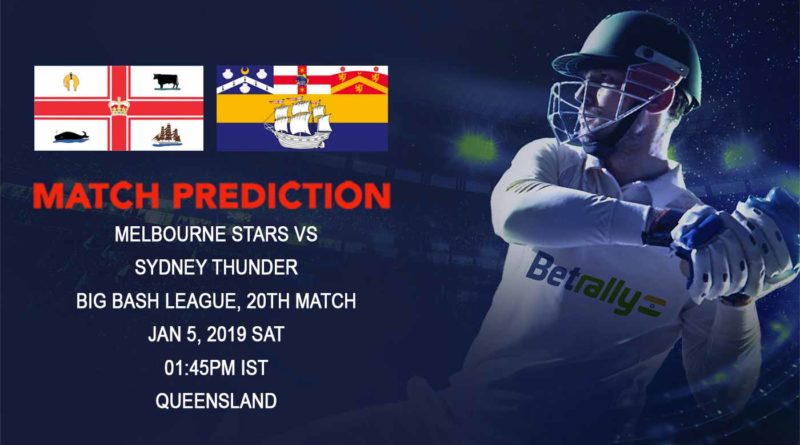 Melbourne Stars will look to continue their winning form when they take on Sydney Thunder in their next cricket game. It is not going to be easy though as the way Sydney Thunder won their game of cricket against Perth Scorchers would have given them a lot of confidence. Melbourne Stars will go up the ladder on the points table if they can win one more game of cricket.

It took every ounce of the brilliance of Marcus Stoinis to get over the line against Melbourne Renegades for Stars. Not only did he pick up 2 wickets for 26 runs but he also opened the innings for Stars and scored a brilliant 78 off 49 deliveries. It was his all-round performance that enabled Stars to comfortably brush aside Melbourne Renegades.

Sydney Thunder could not have won a closer cricket game than they did against the Perth Scorchers. While Scorchers are really struggling in the tournament, their skipper Ashton Turner’s knock of 60 off just 36 deliveries nearly won them the cricket game. Chasing a modest total of 142 runs, Perth fell short by just 1 run.

Melbourne Stars made the inspired decision of sending the Stoinis to open the batting and it paid off. However, their bowlers also did a terrific job of restricting the strong batting lineup of Renegades. Apart from Stoinis, Dwayne Bravo picked up 3 wickets and helped to restrict Renegades to a low total of 148 runs.

Sydney Thunder added to the agony of Perth Scorchers, who lost their fourth game of cricket out of five cricket games they have played. Jos Butler once again scored a fabulous half century and led Thunder to a par score on a tough pitch. If he continues the same form, it will be hard to see Thunder losing a game of cricket.

Melbourne Stars made a comeback of sorts against Melbourne Renegades. They defeated Renegades easily by 7 wickets and a more encouraging thing for them would be the way Stoinis scored runs at the top of the order. Our prediction is of the same playing eleven that played the game of cricket against Renegades.

Sydney Thunder, led by Shane Watson, began with a good form in this cricket league. However, after winning the first two cricket games, they lost their next two games. Then they won an exciting game of cricket against Perth Scorchers. Hence, our prediction is there will be some changes in their lineup in the next cricket game.

Jos Butler has been in an unbelievable form. He is showing the form that he showed in IPL. Our prediction is he will continue to be in the same form and win the game for Sydney Thunder.

Sydney Thunder will begin the game of cricket as the favourites. They won the cricket game by the narrowest of margin against Perth Scorchers. Hence, our prediction is of the victory of Thunder. 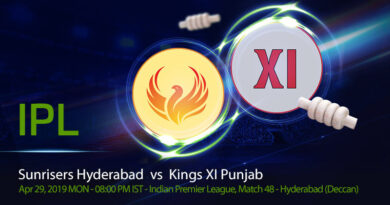 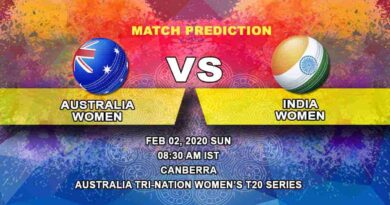 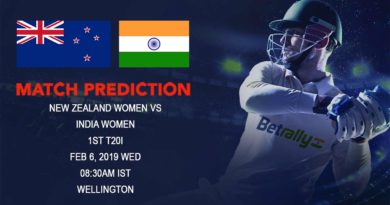