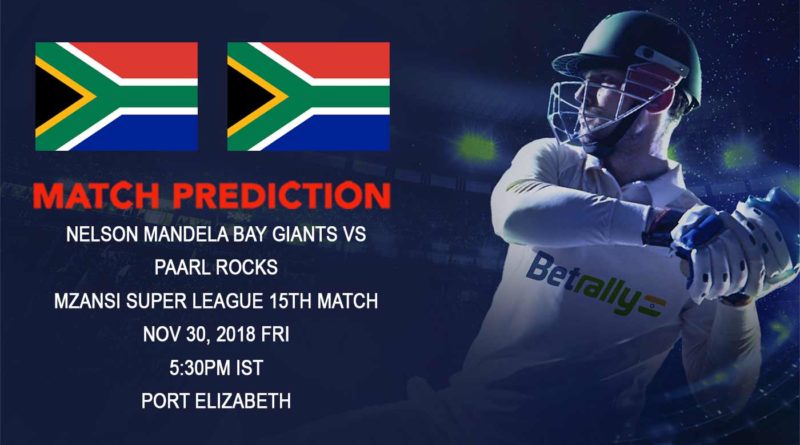 An interesting battle in the Mzansi Super League cricket tournament is on the cards as Nelson Mandela Bay Giants prepare to take on Paarl Rocks. The cricket match will be played at the home ground of Bay Giants, Port Elizabeth, while the Paarl cricket team undertakes the journey. Both teams occupy middle positions in the points table, and this sets us up for an intriguing cricket clash.

The last match played at the St George’s Park, Port Elizabeth was a washout and it was abandoned without any cricket being played. Bay Giants will count themselves lucky as the match was scheduled against the table toppers Cape Town Blitz. Even the previous encounter of the Bay Giants was marred by rain but they emerged as the luckier side as the Tshwane Spartans lost key wickets just as the rain arrived.

Nelson Mandela Bay Giants have not enjoyed great contributions from the batsmen so far, but they have done enough to clinch the victories. Ben Duckett, JJ Smuts and Marco Marais have been in decent form and will want to build on it. The bowlers have been impressive. Junior Dala, Chris Morris and Ryan McLaren have been amongst the wickets and JJ Smuts’ part-time spin has been effective as well.

Paarl Rocks gathered momentum with the back-to-back wins that they have achieved. Their last match was a nine-over affair against Durban Heat. Henry Davids and Aiden Markram led the charge, and the Heat was asked to chase 113 runs in the allotted nine overs.

Bjorn Fortuin proved lethal once again and struck twice in the opening over to peg back the batting side. Other bowlers chipped in to maintain the pressure on Heat and the target proved too much for Durban cricket team. Both Fortuin and Henry Davids have been in good form, and the Rocks have a world-class cricketer like FAF Du Plessis at the helm.

This is the 15th Cricket match of the Mzansi Super League. This is the sixth match of Nelson Mandela Bay Giants and third at home cricket ground. They have won three matches so far and one was washed out. Paarl Rocks have won two and lost two from their four matches. The Rocks won their last match, which was against Durban Heat. Rocks are placed third in the points table, while the Bay Giants occupy the second spot.

Nelson Mandela Bay Giants have benched Ryan McLaren and Heino Kuhn. However, the side has persisted with the same team and considering that their last match was a washout, the Bay Giants may choose to the same playing XI. They will switch between Carmi Le Reux (pace) and Aaron Phangiso (spin) as per the pitch condition.

Paarl Rocks are on a winning spree and will seek to continue the winning combination. Henry Davids has been useful at the top and with Du Plessis present in the middle order, they possess a good batting depth.

The Protea Captain FAF Du Plessis has an enormous experience in all formats of the game. He will once again be the key batsman for his side and is expected to make the most runs for Paarl Rocks.

There have been two MSL cricket matches played at this ground so far. Only 127 runs were scored in the first match and those were chased very comfortably. The second match was washed out due to rain. The forecast is of a cloudy day.

Nelson Mandela Bay Giants will be the favourites to win this cricket match. They have assembled a good batting order, which is in a good form. Giants have a very potent bowling attack and bowling at home will be helpful. Considering all these factors, our prediction will be of a Bay Giants victory. 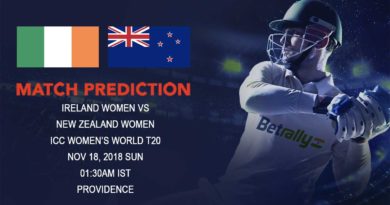 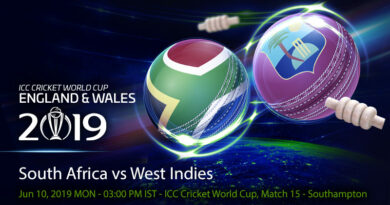 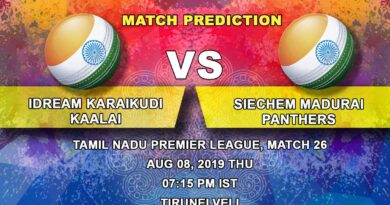