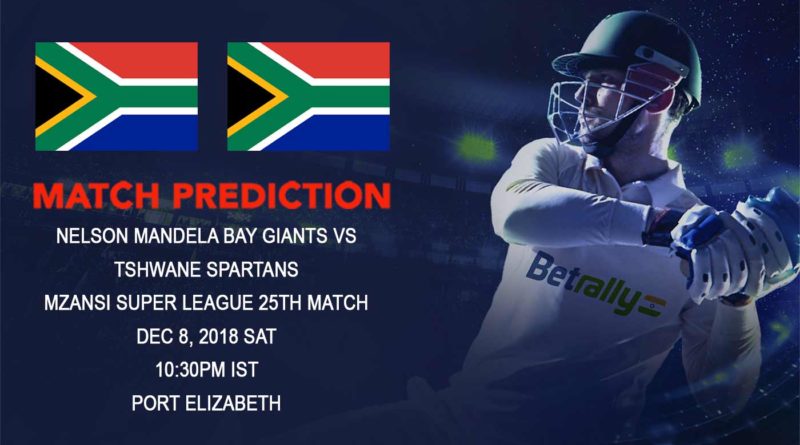 The inaugural season of the Mzansi Super League cricket tournament is fast approaching the business end. Most of the teams are left with only two or three cricket matches in the competition. With a win here against Tshwane Spartans, Nelson Mandela Bay Giants will be hoping to catch up with the table-toppers Cape Town Blitz.

The Bay Giants had begun incredibly well in their last match against Durban Heat but rain played a spoilsport as the game was washed out. Captain JJ Smuts was batting furiously and had scored 62 from 45 balls when cricket was stopped. Jason Roy, back from T10 cricket, and Rudi Second had assisted Smuts and a giant score was looking realistic at 121/2 in 13 overs.

After earning two points from the washout, Bay Giants will be hoping to make amends in their cricket match at home. St. George’s Park has been a good venue so far for Nelson Mandela Bay Giants and they will want to continue their good run. Jason Roy’s return has strengthened the batting line-up and with JJ Smuts in form, Giants have a very good batting unit. Junior Dala and Imran Tahir will spearhead the attack.

Tshwane Spartans picked up a close win in their last cricket match against Paarl Rocks thus, keeping the campaign alive. Spartans had wrapped up the Rocks in just 121 runs but needed 11 runs to win in the last over. Robbie Frylinck scored 6,4 and 1 to win the exciting cricket match for the home side. Sipamla had earlier picked up 3/19 and was adjudged the Man of the Match.

The Spartans are still alive in the cricket tournament and captain AB De Villiers will want to take the team further ahead. Despite him failing, Cloete and Agathangelou shouldered the responsibility with the bat in the last match. Bowlers did well also and Frylinck stole the show with his last over antics.

Bay Giants received an enormous boost in the explosive English opener, Jason Roy. He returned from the T10 Cricket and scored a brisk 26 from 16 balls. They dropped Chris Morris, Aaron Phangiso and Marco Marais to include Roy, Carmi Le Roux and Ryan McLaren. They are likely to go back to Phangiso in place of Le Roux on the home ground.

Tshwane Spartans made plenty of changes to their team in the last match and earned a victory. They brought in A Agathangelou, R Frylinck and Eoin Morgan in place of T De Bruyn, Shaun Von Berg and Corbin Bosch. They may go in with the winning combination.

There are plenty of superstars present and of course, ABD is the biggest one. However, Jason Roy cannot be ignored. The English opener is back from T10 Cricket where he was striking sixes after sixes. He had a good start in the last cricket match and will go on to play a big one if he gets set.

There have been four MSL cricket matches scheduled at this cricket ground so far, one of which was abandoned. The average first inning batting score here is 156. Nelson Mandela Bay Giants have won two matches here so far and have lost only one.

Both teams cannot afford to lose a cricket match at this juncture. Tshwane Spartans won their last match, whereas Bay Giants had started off brilliantly, so they are in good touch. With this being their last cricket match at home, Nelson Mandela Bay Giants are expected to come up trumps as per our prediction. 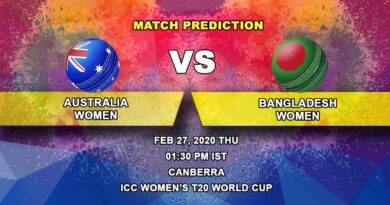 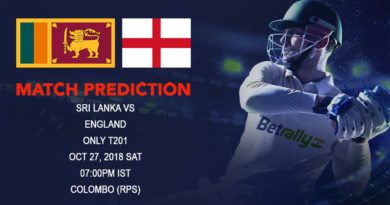 Cricket Prediction England tour of Sri Lanka 2018/19 – Sri Lanka look to continue the winning habit as they take on England in only T20 International – October 27, 2018 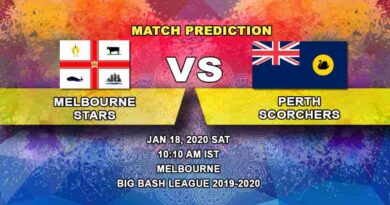