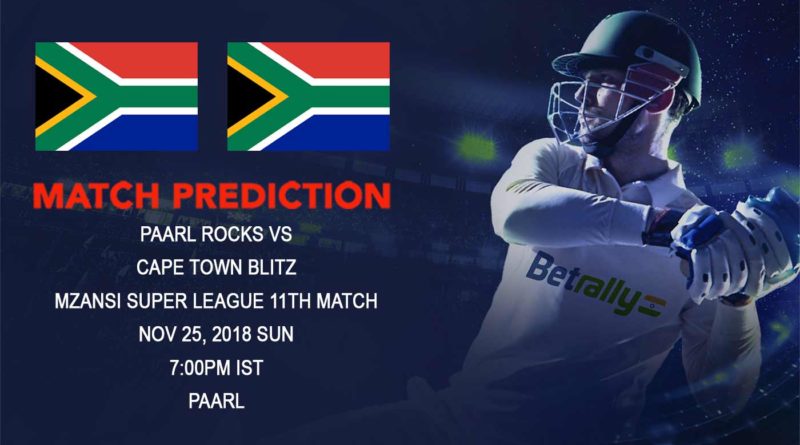 The encounter between Cape Town Blitz and Paarl Rocks presents the cases of contrast. The Blitz cricket team won three out of three cricket matches they have played so far. Paarl Rocks have not won any cricket match yet in two attempts. These two teams now collide head-on in a pulsating contest.

Paarl Rocks will be playing at their home ground. They missed out on a victory in their opening encounter by just one run. In the next game, they were convincingly beaten by Jozi Stars. The Stars piled up 209 runs while batting first. In reply, Henry Davids scored a resilient 60 but no other batsmen could stand in support and the Rocks lost by a huge margin of 60 runs.

Cape Town Blitz has won all three matches that they have played so far and now they have two matches in two days. After facing Jozi Stars, they will take on Paarl Rocks after a gruesome travel. Blitz dominated Nelson Mandela Bay Giants in their last match. J Malan scored a leading 57 and took the team to the first inning total of 175/6. Dale Steyn produced a stellar spell and picked two wickets in his four overs that included a maiden. Blitz eventually won by 12 runs.

This is the eleventh cricket match of the Mzansi Super League. Cape Town Blitz are still the unbeaten side in the Mzansi Super League. The team has won three consecutive cricket matches and they face Jozi Stars before they travel to Paarl to take on Paarl Rocks. The home team Paarl Rocks are still winless in the cricket tournament and have lost both matches played so far.

Paarl Rocks receive a great boost as they welcome back their Protea superstars. FAF Du Plessis, Aiden Markram and Tabrez Shamsi all have arrived and will take part in this cricket match. The Rocks will miss Dwyane Bravo and Cameron Delport, who will be playing in T10 cricket.

Cape Town Blitz lost out on Mohammad Nawaz as he has signed up to play in T10 League cricket. However, the team is at its strongest with all the South African Cricket heroes available. Anrich Nortje was injured and did not play the last game. He will walk into the cricket team if he is fit.

FAF Du Plessis is back from the Australian cricket tour, where was at the helm of the South African cricket team. The 34-year old batsman will be eager to light up the MSL with a splendid knock from his bat. In his first match as the captain of Paarl Rocks cricket team, he will be hoping to score big.

So far, two MSL cricket matches have been played at the Boland Park, Paarl. First was a high-scoring game, where we saw around 410 runs being scored. The pitch was batting-friendly and the total of 200 was breached in the second game as well. We can expect another run-feast at this cricket match. The seam bowlers went for plenty while the spinners had a little help.

Cape Town Blitz will be favourites to win this cricket match. They have been on an incredible run and have won all the three matches they have played so far. Paarl Rocks were very close in winning their inaugural cricket match but now have two consecutive losses to ponder upon. Our prediction will be of a Cape Town Blitz victory. 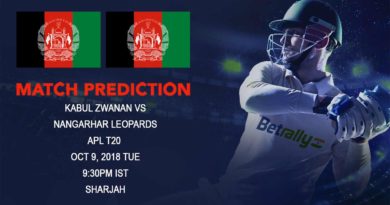 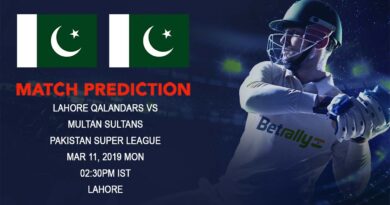