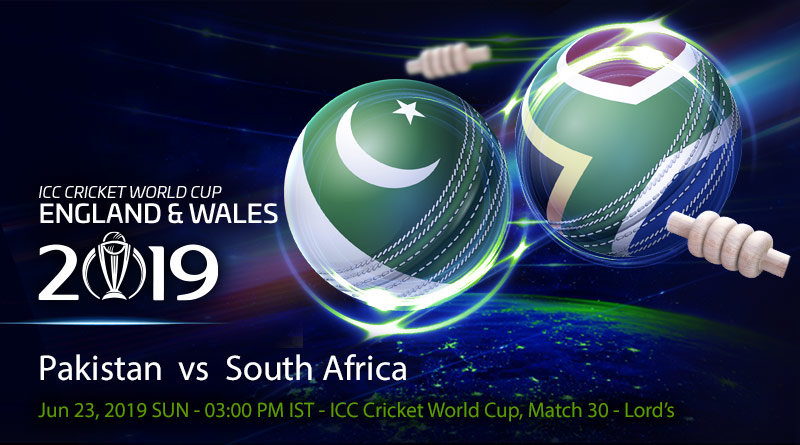 The gulf has gotten so wide between the top four sides and the rest of the teams that it almost does not matter now who beats whom in the remainder of the league stage. Australia, England, India and New Zealand have raced away from the rest of the teams in the tournament and, barring a miraculous turn of events, these are the four teams whom we are most likely to see in the semi-final.

Amidst this, two of the most frustrating and struggling sides, Pakistan and South Africa, are going to meet each other at the Mecca of cricket, Lord’s stadium. Such is the dire straits of both sides that even if they win all of the rest of their games, it will not be enough for them to qualify for the next round. However, there is still some fight left to finish at a higher position than they are at currently.

Both these cricket teams are coming off a demoralizing loss. Pakistan lost their last cricket game against archrivals India, their seventh loss against them without a win in the World Cup, while South Africa are coming off a loss against New Zealand. Despite the huge build up and talks about their win against India in the Champions Trophy 2017 final, Pakistan were never in the game against India.

South Africa, on the other hand, were very much in the game and had various opportunities to seal the game. But their game under pressure remained questionable as we saw wicket-keeper, Quinton de Kock, did not appeal when Kane Williamson had clearly nicked the ball to him. We also saw David Miller grass the catch of Colin de Grandhomme and also miss the run-out opportunities against Grandhomme and Williamson. At the end of the game, South Africa were once again left wondering about what could have been.

Pakistan will take on South Africa in their sixth and seventh cricket game of the tournament. Currently on the points table, Pakistan are on the ninth spot with just one win out of five cricket games, whereas South Africa are on the eighth spot with a solitary win in six games. The top four teams on the points table will progress to the semi-final.

South Africa are being led by Faf du Plessis in the World Cup. They are coming into this cricket game off a disappointing loss against New Zealand. Our prediction is of the same playing eleven that played the last cricket game.

Mohammad Aamir has been brilliant for Pakistan in the tournament. However, considering the future of Pakistan cricket and his own future, he will have to continue to perform. Our prediction is of another good game for him in this cricket game.

This will be the first cricket game to be played at Lord’s in this cricket World Cup. The last international ODI cricket game played here was between India and England in 2018. England won that high-scoring cricket game after scoring 322 runs. Our prediction is of the score of around 300 once again. Conditions are expected to be cold and windy.

Pakistan will begin this game of cricket as slight favourites. Their track record against South Africa in the last five games has been good. They have won three of their last five cricket games against them. Hence, our prediction is of Pakistan’s victory. 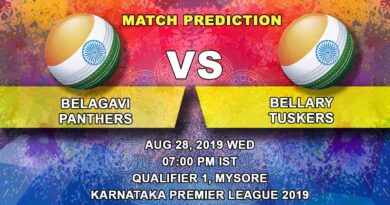 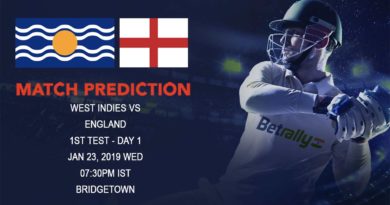 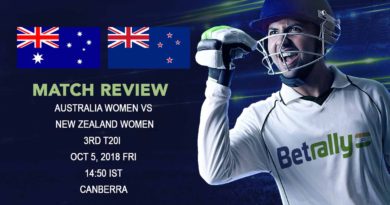