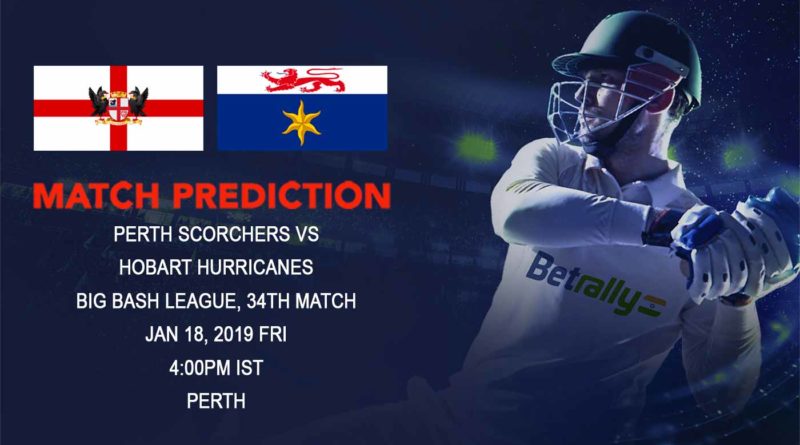 Perth Scorchers would like to believe that they are peaking just at the right time. After being on the losing side in many of their first 6 cricket games, they have now registered two consecutive wins. This has helped them to move up the points table and right now they are at number 7 position. Hobart Hurricanes, meanwhile, are cruising towards their knockout spot as they continue to lead the points table with 6 wins out of 7 cricket games.

Perth Scorcher’s campaign has been revived mainly by the recently returned Cameron Bancroft. It is because of his two consecutive half-centuries that Perth have found themselves winning more often than losing. Batting is the area that had let them down in the first 6 games of cricket when they struggled to win any game of cricket bar one.

With the kind of bowling that Perth Scorchers possess, it is difficult to see why they are at the position they are right now. But a close look at their campaign will tell us it was their batting that had held down back and now that it is coming back to form, Scorchers would like to string together a few wins. Hobart Hurricanes, on the other hand, have been absolute superstars so far.

Their batsmen like D’Arcy Short, skipper Matthew Wade and bowlers like Jofra Archer, James Faulkner and Johan Botha have been in great form. When you have so many in form players in one cricket team, it is difficult to beat them and that has proved right in this tournament so far. They would like to continue their winning run so that they do not end up losing all the momentum in the later and crucial stage of the tournament.

It is going to be a good game of cricket and Hobart Hurricanes will have to be careful that they do not end up taking Perth Scorchers lightly. The game will be played at Perth Stadium and it is sort of a fortress for Perth Scorchers.

Perth Scorchers have made a comeback of sorts in their last two games of cricket. The good news for them is that Cameron Bancroft has now come back to form. Our prediction is of the same playing eleven that played in the last cricket game.

Hobart Hurricanes, led by Matthew Wade, have been in good form in this league. They had been the best side in the tournament so far. Our prediction is they will continue with the same playing eleven as they played in their last game of cricket.

Andrew Tye, after a slow start, has come back strongly in the competition. His wicket-taking ability in the shortest format of the cricket game has come to the fore once again and is helping his team. Our prediction is of a good performance from him in this game of cricket.

Perth Stadium is one of those venues where Perth has won most cricket games in the competition. This venue adds to their strength which is the pace bowling. Our prediction is of the score of around 140 in this game of cricket. Conditions are expected to be dry. 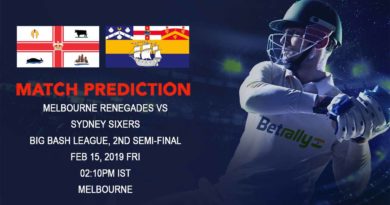 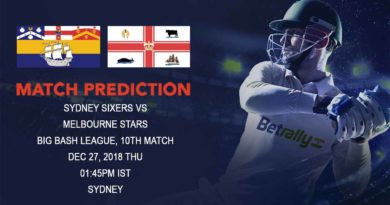