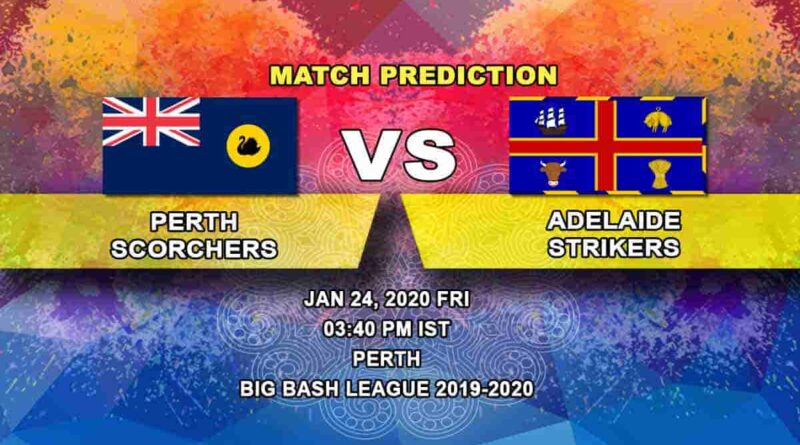 Perth Scorchers vs Adelaide Strikers is going to be yet another crucial cricket game in the Big Bash League. A lot is at stake in this game from the qualification to the playoff point of view. Both teams find themselves in contention for the playoffs and are currently placed at the fourth and second spot respectively. Our prediction expert reckons Perth Scorchers are going to have a slight edge coming into this home encounter.

Perth Scorchers are being led by Mitch Marsh in this season of Big Bash League. They have remained inconsistent so far in the tournament but have hung in there on the points table. They are currently placed at the fourth position with six wins out of 12 cricket games.

We have seen two kinds of Perth Scorchers this season. One which has completely annihilated their oppositions and others who have meekly surrendered to their opponents. It remains to be seen which Scorchers side turn up in their next cricket game.

Our prediction is of the inclusion of Ashton Turner and Ashton Agar in the lineup.

Adelaide Strikers are being led brilliantly by Travis Head in the competition. They have really gained momentum in the second half of the tournament and look set to get into the playoffs.

After beating Brisbane Heat easily, they also beat the table-toppers Melbourne Stars in their next cricket game. With Alex Carrey returning to the side, they have become even stronger now and their opponents are going to have a hard time beating them.

This is going to be a clash between the two sides who are desperate to get into the playoffs and who have begun gaining momentum just at the right time. While Perth are beating teams for fun in their own backyard, Adelaide Strikers have been a little more consistent in their treatment.

Perth Scorchers have two more cricket games left and would ideally like to win both to confirm their qualification for the next round. Strikers, on the other hand, now have the chance to finish in the top two if they can win both of their remaining cricket games.

In the last five encounters between the two sides, Scorchers have had the upper hand by winning three cricket games. However, the most recent couple of games were won by Strikers.

Our prediction is of a win for Perth Scorchers purely because they have been so dominant in their home ground.

Although Stars seem to be shining brightly for Adelaide Strikers at the moment, our prediction is of the win for Perth Scorchers in their home ground.

Our Official Partner Odds for Perth Scorchers vs Adelaide Strikers 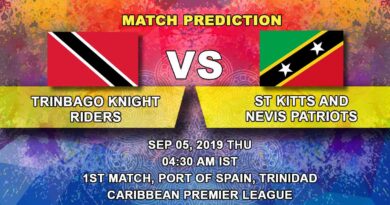 September 3, 2019 Saurav Comments Off on Cricket Prediction Caribbean Premier League – Trinbago Knight Riders vs St Kitts and Nevis Patriots – TKR set their eyes on yet another title as CPL begins 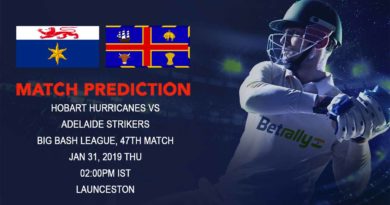 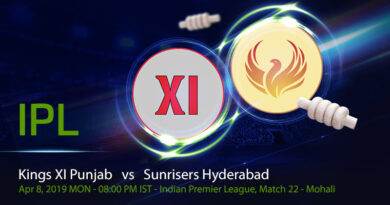