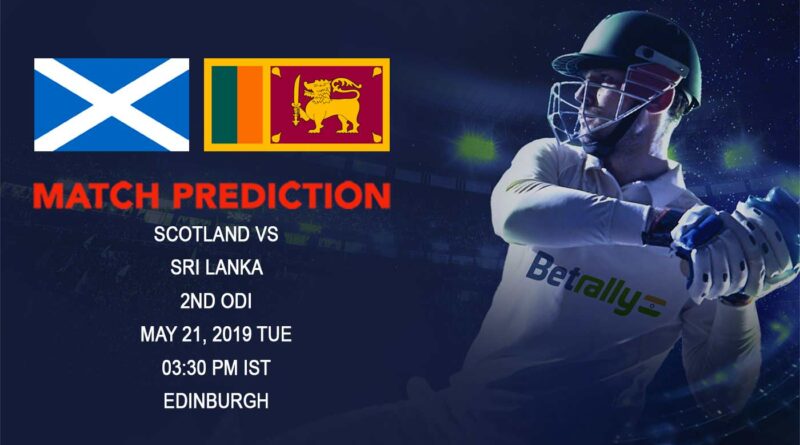 The preparation of Sri Lanka was hampered due to the relentless rain in the first cricket ODI game against Scotland. With just few days remaining for the World Cup it has not been ideal for Sri Lanka. They have a new skipper in Dimuth Karunratne and he would have been hoping to showcase his leadership skills before the World Cup rather than straightaway going into it without any experience.

Scotland, too, were looking for exposure against an International side. It is not often that they get to play the top teams hence, they would have been equally disappointed with the abandonment of the first cricket ODI. Scotland are supposed to be led by Kyle Coetzer in this cricket series as well and they will be looking to give a good account of themselves.

Scotland gave a good performance against Afghanistan in the second ODI after the first cricket ODI was washed out due to rain. On winning the toss, Scotland decided to bat first and scored 325 runs against a depleted Afghanistan bowling unit. Skippers Coetzer and Calum McLeod played fine innings of 79 and 100 respectively, buoyed by their knocks Scotland managed to put on a good score. However, their bowling left a lot to be desired and Afghanistan reached their target easily.

Sri Lanka has not had a lot of success in recent times in ODI cricket. They are a bit wounded and not among the favourites for the World Cup. While in the previous world cup they had the likes of Kumar Sangakkara and Mahela Jayawardena in their side, since their departure, the side has struggled to come to terms with modern day ODI cricket. They have struggled everywhere including in home conditions in the last four years and it will take some miraculous turn around for them to do well in the World Cup.

Scotland will take on Sri Lanka in the second and final ODI of the two-match ODI series. Sri Lanka were hoping to use this cricket series to acclimatize to these conditions as similar conditions are expected in the upcoming World Cup. However, the rain had other plans as the first ODI was abandoned. Scotland, on the other hand, are looking for some game time against an international side after failing to qualify for the World Cup.

Scotland will be led by Kyle Coetzer in this cricket game. They last played a cricket game against Afghanistan recently. Our prediction is of the same playing eleven that played the last cricket game.

Sri Lanka last played an ODI against South Africa in South Africa. They were whitewashed in that cricket series. They have a new captain in Dimuth Karunaratne, and he will be looking to change the fortune of a struggling side. Our prediction is of some changes to their lineup since their last ODI cricket game.

Angelo Matthews is making a comeback into the team after being sidelined due to yet another injury. It is likely to be his last World Cup hence, he would like to showcase his skills as an experienced batsman. Our prediction is of a good performance from him.

The last international ODI cricket game played here was between Scotland and Afghanistan recently. Despite Scotland scoring 325 runs, Afghanistan beat them by two runs via D/L method. Our prediction is of the score of around 300 runs this time around as well. Conditions are expected to be cold and windy.

Sri Lanka will begin the game of cricket as favourites. They are an experienced side and that should give them an edge against the hosts. Hence, our prediction is of Sri Lanka’s win in the first ODI cricket game. 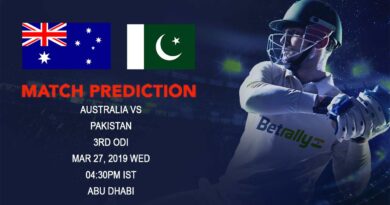 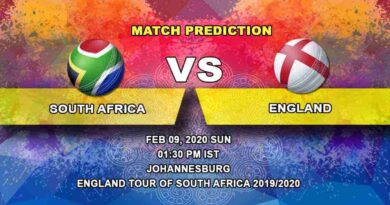 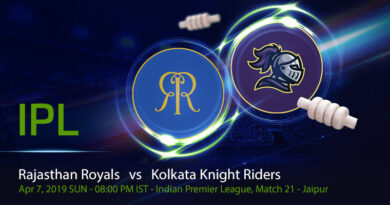