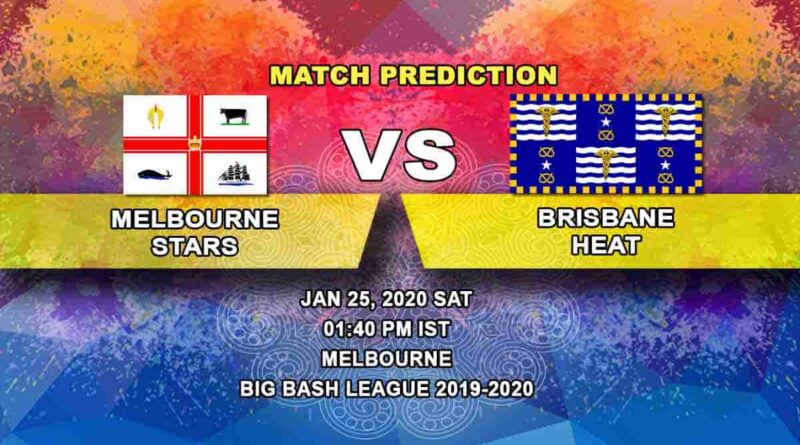 Melbourne Stars vs Brisbane Heat will be the second cricket game for these two sides against each other. The first cricket game was won by Stars easily by 22 runs. This cricket game has a lot at stake for Brisbane Heat than Melbourne Stars as Stars are al but ensured of top-two finish. Heat, on the other hand, have to fight against the sudden loss of momentum and tough competition in their next two cricket games. Our prediction is of a comeback win for Stars after suffering from a couple of losses.

Melbourne Stars are being led by Glenn Maxwell in this season of Big Bash League. They have already qualified for the playoffs and are all set to get into it as a top-two team.

All of a sudden, Stars have lost two back-to-back cricket games, which has halted their unbelievable run until that momentum. Stars would like to arrest this slide and get into the playoffs in a better frame of mind.

Brisbane Heat’s campaign has not quite turned out the way they expected with AB de Villiers’ arrival. Heat have succumbed to back-to-back losses in the last few cricket games.

Skipper Chris Lynn went on to describe their meltdown against Melbourne Renegades as ‘piss poor’. After being 84 for 0 after 6 overs in reply to 165 runs set by Renegades, Heat collapsed spectacularly and got bowled out for 120 runs with five overs remaining. Even in their next cricket game, the skipper’s outburst did not work as they once again got restricted for the score of 126 runs.

Our prediction is of the inclusion of Marnus Labuschagne in the playing eleven.

Chris Lynn’s outburst against his own side did not quite work as his side once again succumbed to the defeat against Sydney Sixers. Heat’s batting was once again poor as they got restricted to the low score of 126 runs. Star players like AB de Villiers, Ben Cutting and the skipper himself failed in this cricket game.

Melbourne Stars are also in their first downward slide this season. They are coming into this cricket game with two back-to-back losses. Although it has the least implications on their progress, they would like to get back to winning ways.

In the last five encounters between the two sides, Brisbane Heat have been the winner on three occasions. However, with current form against Brisbane Heat, our prediction is of Melbourne Stars’ win.

Things are not going Heat’s way and it is expected to continue that way for the remainder of the tournament. Hence, our prediction is of Melbourne Stars’ win.

Our Official Partner Odds for Melbourne Stars vs Brisbane Heat 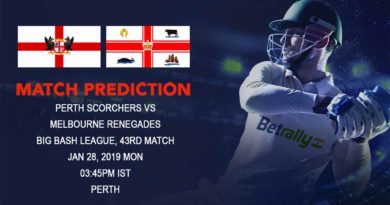 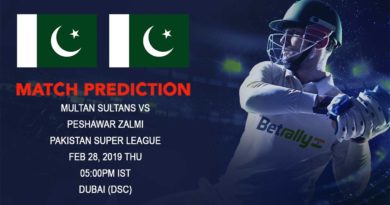 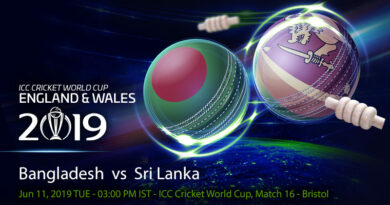