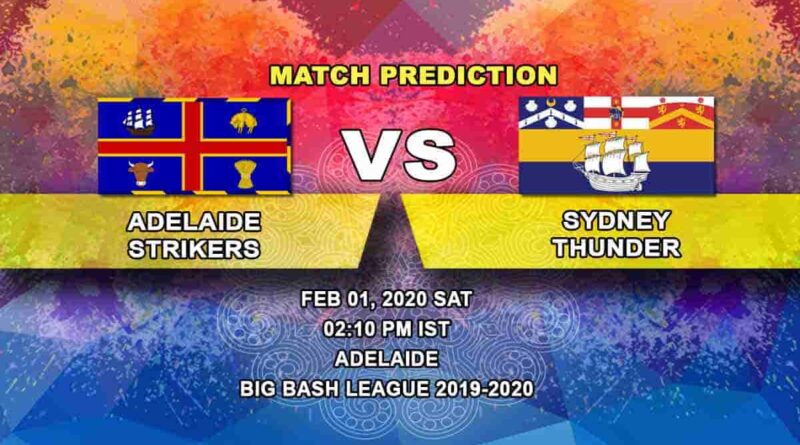 Adelaide Strikers are being led brilliantly by Travis Head in the competition. They have really gained momentum in the second half of the tournament and look all set for the knockout game.

Most of their players have performed well. JW Wells and Phil Salt led the team to the playoffs while WA Agar and Rashid Khan were consistent in taking crucial wickets.

Sydney Thunder are being led by Callum Ferguson this season. They managed to sneak into the knockout despite not being at their best.

Thunder have outperformed in the last match against Hobart Hurricanes. AD Hales and Khawja managed to build momentum along with JD Cook, who took four wickets and won the match.

This is going to be a do-or-die match for both teams as the losing team will be out of the finale race. Strikers will have to win this one to move ahead towards the next challenge or they will be out of the league, whereas Thunder will have to win all three consecutive matches to make it to the finals. Strikers, led by Travis Head, have not a wrong foot in the second half of the tournament while Sydney Thunder have given themselves some chance by winning the qualifier.

Strikers are currently oozing with confidence. Every member of their eleven is contributing in one way or another. Rashid Khan, with his leg spin, and even the recently retired Peter Siddle have been on top of their game. Alex Carrey’s addition has also eased the pressure on the middle order.

If not for the change in format this year, Sydney Thunder would have not made it to the playoffs. But they have strengthened their chances by winning the Eliminator game. The contribution from their skipper gave the team the momentum needed at the right time.

In the last five encounters between the two sides, both teams have shared the honour, with both of them winning two games each and ending one with a tie.

Adelaide Strikers have everything working for them at the moment. Hence, our prediction is of a Strikers’ win in this cricket game.

The stars seem to be shining brightly for Adelaide Strikers at the moment. They look set for the top two finish. Hence, our prediction is of a Strikers’ win.

Our Official Partner Odds for Adelaide Strikers vs Sydney Thunder

June 26, 2019 Saurav Comments Off on Cricket Prediction World Cup – South Africa vs Sri Lanka – Down and out South Africa look to make the road difficult for Sri Lanka 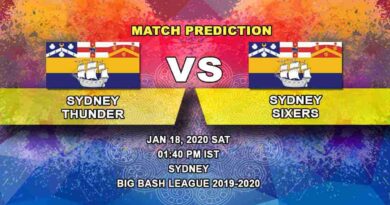 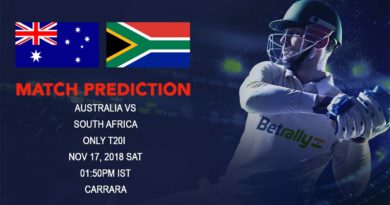