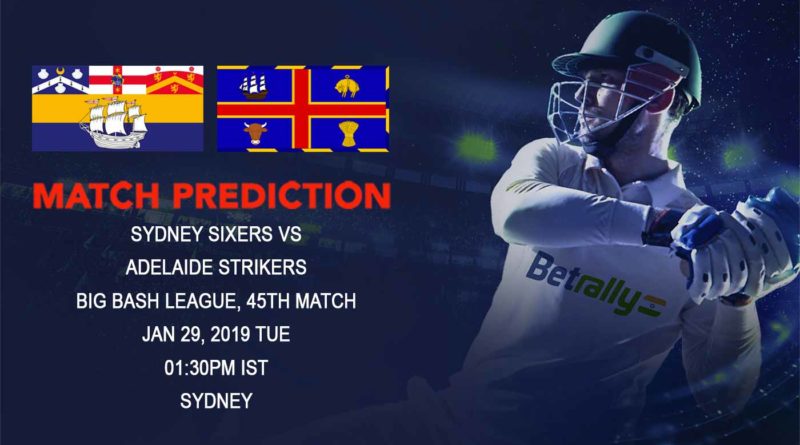 The party in Big Bash League will continue as Sydney Sixers will take on Adelaide Strikers for the second time in the tournament. Both teams are currently on two different spectrums of the points table, with Sixers on the 2nd spot while Adelaide Strikers are on the 6th spot. Not too long ago, the defending champions, Adelaide Strikers, were among the top four teams of the competition, but their sudden poor form has now left them with too much to do.

In their last 5 games of cricket, Adelaide Strikers have managed to win just 1 game of cricket and that has quite inexplicably derailed their entire campaign. The defending champions began the tournament quite well but then their form dipped and now they will have to win all of their remaining 4 games of cricket in order to qualify for the next round.

Sydney Sixers, led by Moises Henriques, have had a good run so far in the tournament. Their last 2 games of cricket would have especially given them a lot of confidence. They defeated Brisbane Heat and table-toppers Hobart Hurricanes in two back-to-back games by a huge margin. While they defended their total of 177 runs against power packed Brisbane Heat by a huge margin of 79 runs, they chased down a big total of 173 runs easily by 9 wickets in the next cricket game against Hobart Hurricanes.

Sydney Sixers’ cause has been given a massive push by the addition of England’s James Vince, who has shown great form at the top of the order. His form, along with Josh Phillipe’s contributions, has eased the pressure on skipper Moises Henrique and he can now play his natural game without any pressure. Add to that the all-round display of Tom Curran and you have one hell of a side playing good cricket.

Sydney Sixers are coming into this game of cricket after 2 consecutive victories. Our prediction is they will go with the same playing eleven as their last game of cricket.

Adelaide Strikers have fallen away after a fair start. Our prediction is they will do some changes to their playing eleven for this game of cricket after a huge loss in their last cricket game against Melbourne Stars.

Sydney Cricket Ground has been good for Sydney Sixers. They have won their last 2 games of cricket on this cricket ground. Our prediction is of a score of around 160 by the team batting first in this cricket game. Conditions are expected to be dry.

Sydney Sixers will begin the game of cricket as the favourites. They are coming into this cricket game after 2 back-to-back wins over Brisbane Heat and Hobart Hurricanes, while Adelaide Strikers have just won 1 game of cricket in the last 5 games of cricket. Hence, our prediction is of Sydney Sixers’ win. 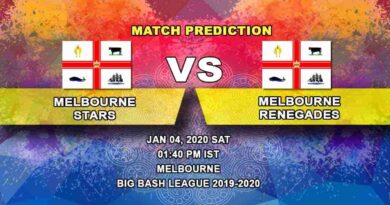 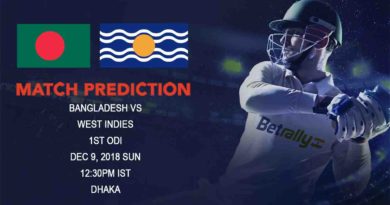 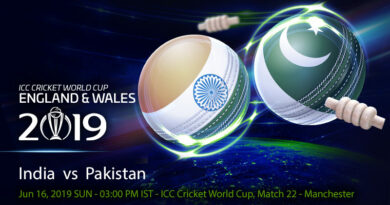 June 14, 2019 Saurav Comments Off on Cricket Prediction World Cup – India vs Pakistan – Arch-rivals India and Pakistan take on each other in a huge game