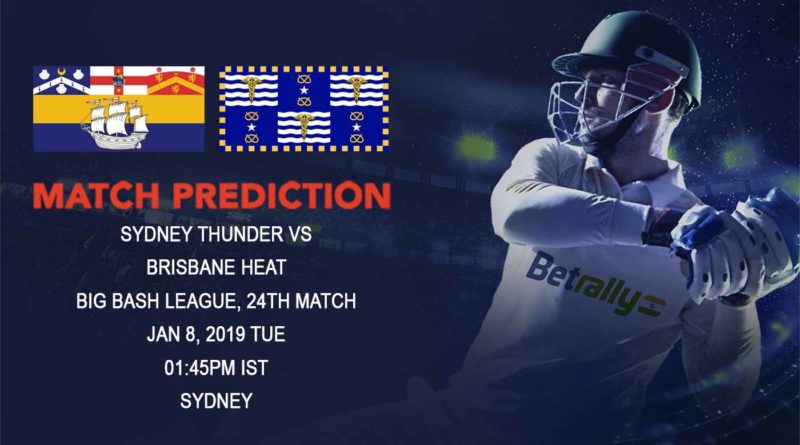 Finally, it happened for Brisbane Heat. Everything almost fell in the right place for them in the game of cricket against Perth Scorchers and they finally opened their win account. Coming into this game of cricket, Heat had played three and lost all three. Perth Scorchers slipped into their 5th loss out of 6 cricket games.

Sydney Thunder, on the other hand, are just not able to build momentum. After winning the cricket game against Perth Scorchers, they had lost against Melbourne Stars. In the six games of cricket they have played so far, they have won three and lost three cricket games. In fact, in their last four cricket games, they have managed to win only one cricket game.

If we look closely at all the cricket teams that are doing well so far in the tournament, they have at least one bowler who has some sort of mystery or x-factor associated with them. Hobart Hurricanes have Jofra Archer, Adelaide Strikers have Rashid Khan and Brisbane Heat would be hoping that their trump card Mujeeb Ur Rahman can continue doing his fine job.

In fact, in their last cricket game against Perth Scorchers, it was Mujeeb who made the difference with his spell of 4 overs 10 runs and 2 wickets. Sydney Thunder do not have the luxury of such mystery in their bowling department, but they do have some fire power in their batting department. In the form of Jos Butler and Shane Watson, they have two of the most explosive openers in the competition.

Sydney Thunder are not able to get the best out of Watson and Joe Root though and that has led to their downfall in the tournament so far. They would ideally want both of them to get back among runs soon as they would make Thunder hard to stop.

Brisbane Heat will now look to continue their winning momentum against Sydney Thunder. Now that they have opened their win account, they would not want another loss to halt their progress. Sydney Thunder, on the other hand, have had a stop-start kind of tournament so far and would like to dearly have consecutive wins in a row.

Sydney Thunder, led by Shane Watson, began with a good form in this cricket league. However, after winning the first two cricket games, they lost their next two games. Then they won an exciting game of cricket against Perth Scorchers only to lose the next cricket game. Hence, our prediction is despite the loss in their last cricket game they will continue with the same playing eleven for the sake of continuity

Brisbane Heat, under Chris Lynn’s captaincy, got off to a disastrous possible start. They lost all the three cricket games they played. However, they managed to win their last cricket game.  Our prediction is they will go with the same playing eleven for this game of cricket.

Max Bryant has looked threatening in every cricket game without actually going on to make a big score. Brisbane Heat would like him to go on to score big as that will allow the likes of Chris Lynn and Brendon McCullum to play without pressure. Our prediction is of a half-century knock from him in this game of cricket.

Sydney Showground Stadium is the home ground of Sydney Thunder. So far, the highest score on this venue has been 169 runs that Thunder scored against Sydney Sixers. In that game of cricket, that score proved to be a match-winning one. Our prediction is of a score of around the same total. Conditions are expected to be dry. 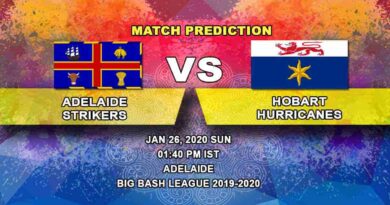