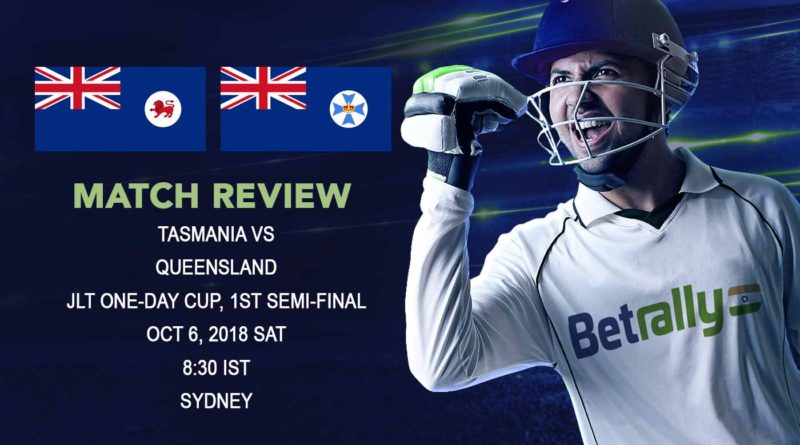 Tasmania became the first team to enter the final of the JLT Cup as they defeated Queensland in the semifinal played out at the Drummoyne Oval, Sydney. After bowling out Queensland only for 177 in the first innings, Tasmanian cricket captain George Bailey and Simon Milenko raised an unbeaten partnership that sealed the island’s spot in the final.

After winning the toss, Tasmania Captain inserted Queensland into bat first. Jackson Bird provided the first blow as he dismissed Max Bryant. Big hitter Chris Lynn and in-form Sam Heazlett staged a brief recovery but both fell within the space of five balls of each other to open the floodgates. Charlie Hemphrey and Joe Burns ensured no more quick wickets and went about the rebuilding work.

Right-arm medium Gurinder Sandhu and slow left-arm Clive Rose removed the danger men and kept striking regularly to stall Queensland’s progress. Mark Steketee chipped in with 30 from 38 balls as Queensland eventually was shot out for 177 runs in just 44.5 overs. Sandhu was the pick of the bowlers with the figures of 2/14 from nine overs. Bird, Bell, Rogers and Rose also snared a pair of wickets each.

The chase of 178 should not have been much of a sweat for the Tasmanian cricket team, but it was towering Billy Stanlake and Luke Feldman, who brought back Queensland in the cricket match. Matthew Wade was dismissed in the first over itself and Stanlake next sent back Ben McDermott in the fifth over. After Stanlake, it was the turn of Feldman, who sent back Jordan Silk and Alex Doolan to reduce Tasmania to 52/4 in 13.2 overs. After the return of in-form Jordan Silk, captain George Bailey and Simon Milenko found each other at the crease in the 13th over and started the repairing job. After beginning cautiously, Bailey and Milenko established themselves firmly and soon launched the attack as the target approached.

There was a touch of controversy in the run chase when it appeared as George Bailey gloved an outside leg delivery to Jimmy Peirson, but the umpire was unmoved and Queensland missed out a chance to script a comeback into the team.

Bailey attacked the spin twins, Mitchell Swepson and Matthew Kuhnemann, while Milenko unleashed a lofty cover drive to complete the six-wicket win for Tasmania and secure their place in the final of the cricket tournament. By the end, Bailey accumulated 70 from 97 balls with 8 fours and 2 sixes while Milenko remained not out on 57 from 68 balls with 3 boundaries and 2 sixes.

Tasmania will confront the winner of Sunday’s second semifinal between Western Australia and Victoria at Junction Oval. The cricket team had ended at the second spot in the league round and thus earned direct entry into the semifinal, while Queensland defeated South Australia in the previous cricket match to enter semifinal.

Man of the Match: Gurinder Sandhu

George Bailey struck his 53rd ODD Cricket half-century. This was also his second consecutive fifty in the cricket tournament.

Simon Milenko hit his third ODD cricket fifty. This was also his highest individual score in the list-A cricket.

Gabe Ball made his list-A cricket debut in the match and bowled a spell of 2/47 in the match. 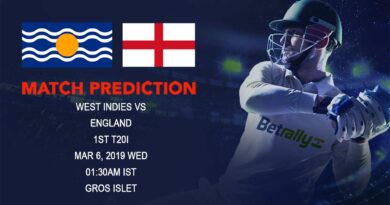 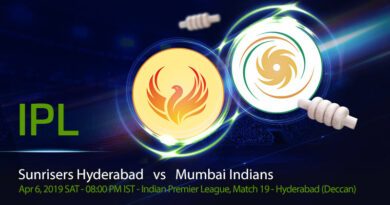 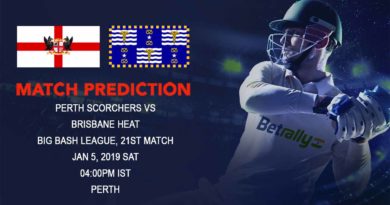