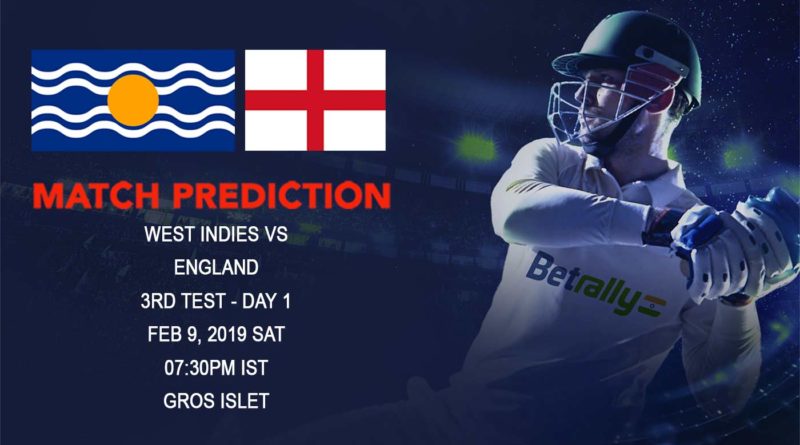 England and West Indies will take on each other in the 3rd cricket test match at Darren Sammy National Cricket Stadium, Gros Islet, St Lucia. West Indies have had a reasonable record at this stadium as they have won one and lost one cricket game here. England will once again be wary of West Indies’ pace attack after being led to submission in the first two cricket test matches.

West Indies were the underdog coming into this cricket series but they have rolled back the years with the way they performed in the first two cricket test match. They had double hundreds being scored, wickets being taken by fast bowlers and crowd support. These two test matches have won many fans for West Indies all over the world.

The places of either of Jos Butler or Ben Foakes will be in danger for this game of cricket. Playing three wicket-keepers is not proving to be fruitful for England.

West Indies will have to undergo one change as well. Skipper Jason Holder has been banned due to slow over rates in the previous cricket game. In place of him, Kraig Brathwaite will be expected to lead the side as he did in India and Bangladesh. It will be great if West Indies do not become complacent and perform like they have so far in the tournament.

After an embarrassing defeat against a number eight side, West Indies, England will now move to Antigua in the hope of doing much better than what they showed in Barbados last week. England last toured West Indies in 2015 when the test cricket series was drawn level at 1-1. England would like to take heart from that performance now as they would dearly want to be level with West Indies when they leave Antigua.

West Indies had a sorry tour of India and Bangladesh in test cricket format. They were whitewashed in both those tours but have been simply brilliant against England at home. Our prediction is of the same playing eleven as their last cricket game except for Jason Holder, who has been banned from the squad.

England have lost the cricket series. Our prediction is they will do some changes to their playing eleven for the next cricket game.

Shai Hope has a good record against England for West Indies. His performances have been slightly below par in this cricket series. Our prediction is he is going to be our man to watch out for in this cricket game.

The last cricket test match played here ended in a draw between Sri Lanka and West Indies. Our prediction is of a result in this game of cricket. Conditions are expected to be dry.

West Indies will begin the game of cricket as favourites. Their performance in the last two cricket games have been simply amazing hence, our prediction is of another West Indies’ victory in the second cricket test match. 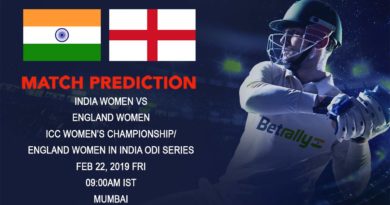 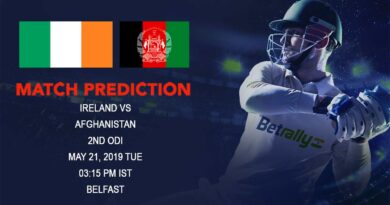 May 19, 2019 Saurav Comments Off on Cricket Prediction Afghanistan tour of Ireland 2019 – Ireland vs Afghanistan – Ireland and Afghanistan clash in the final ODI of the series 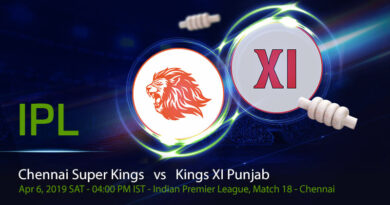